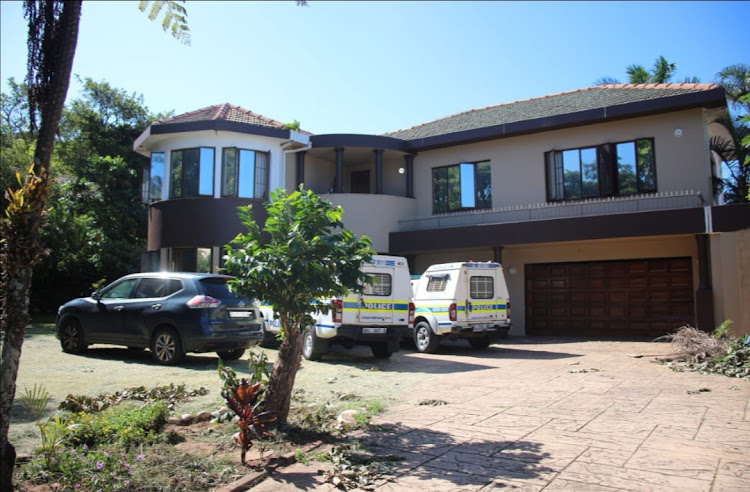 The Durban North home from which four women were rescued by police on Wednesday.
Image: SAPS

Four women were allegedly lured from Johannesburg to Durban with the promise of call centre jobs, but instead learnt they were to be part of a sex trade racket.

KwaZulu-Natal police spokesperson Lt-Col Nqobile Gwala said the four were rescued on Wednesday from a plush Durban North home after one of them managed to raise the alarm.

Initially five women aged between 19 and 27 travelled from Johannesburg to Durban for a “lucrative job opportunity”.

“The ladies alleged that one of them met an individual in Johannesburg who told her about this job opportunity in Durban which would require her working at a call centre where they would be selling sim cards to the elite.

“The individual asked the lady to recruit more females for this job opportunity. He went as far as going to her mother explaining the legitimacy of the job offer and was in possession of what looked like authentic documentation to back up his claims. The lady and her mother were sold on the idea and she then convinced four more women, some of whom were relatives, to take up the job offer.

“The five boarded a bus paid for by their prospective employers from Johannesburg on Monday evening and arrived in Durban on Tuesday morning.

Women & Men Against Child Abuse hopes the NPA will ensure that children allegedly sexually abused by a senior Johannesburg advocate, who died this ...
News
5 months ago

“They were picked up from the bus terminal and driven to a very luxurious house in Durban North. Upon arrival they were asked to freshen up and rest before meeting the boss who was going to outline the details of their work.

“Once they had arrived, one of the five decided that she did not want to stay and left as soon as they got to the house,” said Gwala.

The remaining four were then told at a meeting that they would be involved in the sex trade business and instructed not to venture to the front of the house where they might be seen.

“The girls also alleged that even though upon arrival they were told that they could pick any room they wanted, that was not the reality and they were kept in one room where the curtains were always drawn.”

They said the boss had called them in one by one and had touched them inappropriately.

“During the entire ordeal one of the ladies was able to surreptitiously use her phone to get help.

“This information reached the provincial commissioner, Lt-Gen Nhlanhla Mkhwanazi, who on Wednesday led an operation which resulted in their rescue.”

A case of human trafficking was opened and has been handed to the Hawks for further investigation.

Vereeniging businessman Zaheer Asmal was rescued unharmed in an intelligence-driven operation by police on Monday night after allegedly being ...
News
5 months ago

WATCH | Kidnapped: How Bangladeshi man was held for ransom a day after entering SA

Shabuj Mia​ is one of 10 Bangladeshi nationals snatched while travelling from the Musina border to an undisclosed location in SA.
Video & Podcasts
5 months ago

The cops – and gangs – behind SA's kidnapping syndicates

A TimesLIVE investigation has found South African kidnapping-for-ransom syndicates emerged after gaining experience from their Mozambican ...
News
5 months ago

The alleged kingpin, Mohammed Dilpazeer Azam, was arrested in Centurion in the early hours of Sunday morning and appeared in court on Thursday.
News
5 months ago