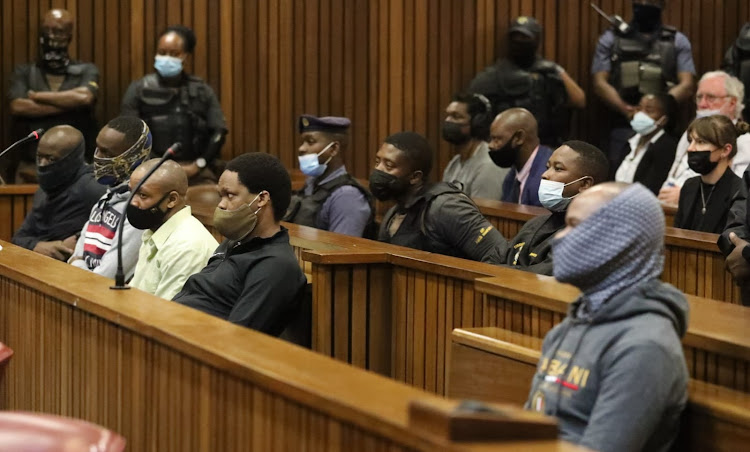 The lawyer representing four of the five men accused of murdering Bafana Bafana player Senzo Meyiwa on Thursday questioned the time of his death, alleging it happened earlier than a state witness had testified.

Advocate Maselela Teffo was cross-examining Sgt Thabo Mosia, who had collected evidence at the Vosloorus home where Meyiwa was killed in October 2014.

“I got a disclosure in regards to this matter, there is a witness who happens to be the neighbour who heard the gunshot at about past 7pm,” Teffo said in the North Gauteng High Court.

“I put it to you that the scene was staged ... this means the crime scene was tampered with.”

Mosia insisted the scene was not tampered with.

The trial of the suspects accused of the murder of former Orlando Pirates and Bafana Bafana goalkeeper, Senzo Meyiwa, will resume in the high court ...
News
2 months ago

The crime scene expert who collected evidence at the Vosloorus house where Bafana Bafana and Orlando Pirates footballer Senzo Meyiwa was shot dead ...
News
2 months ago

The seven people inside the Vosloorus home where footballer Senzo Meyiwa was fatally shot were sequestered in a spare bedroom while police combed for ...
News
2 months ago