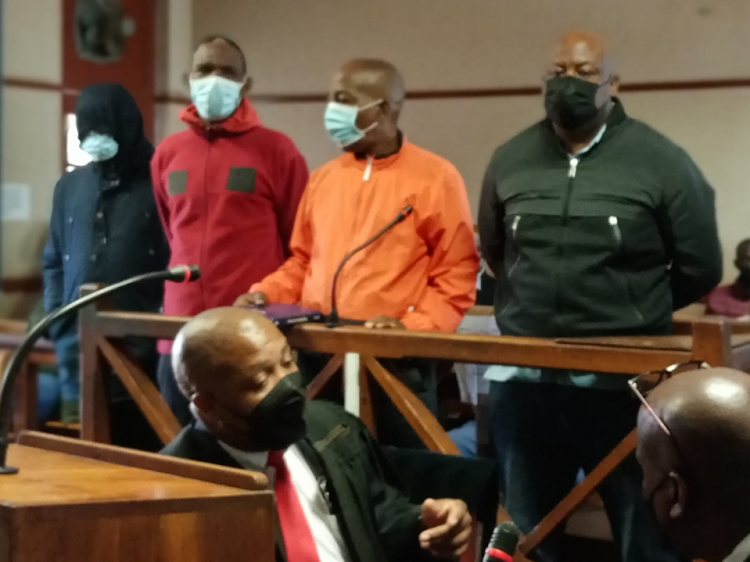 Three years after two councillors were murdered before reporting on maladministration in the Mogalakwena municipality in Limpopo, their alleged killers have been arrested.

Four suspects appeared in court on Wednesday for the 2019 murders.

They were arrested on Tuesday.

According to a report by NPA spokesperson Mashudu Malabi-Dzhangi, at the time Kekana was killed he was about to table a report in the council on alleged irregular expenditure or maladministration.

A "well-organised and funded campaign by political hyenas" is being blamed by Cosatu for the murders of two ANC politicians in Mokopane, Limpopo.
Politics
2 years ago

On July 23 2019, the two councillors were sitting in a car in Mokopane when gunmen approached and shot them. Both men died at the scene.

“The assailants fled on foot and boarded a getaway vehicle waiting for them in a nearby street.”

Mashamaite has another case pending in which he and 28 others, including companies, face 121 counts of corruption, money laundering and conspiracy to commit corruption.

That matter was postponed to July 19 for pre-trial conference in the Polokwane specialised commercial crimes court.

The four accused in the murder trial will appear again on May 17 for a bail application. They remain in custody until then.

WATCH | Violence erupts in Mokopane with calls for removal of mayor

Protesters are demanding the removal of embattled Mokopane mayor Andrina Matsemela, who is reportedly hiding.
News
2 years ago

One of the three men arrested in connection with Hillary Gardee's murder is a senior manager in the office of the ANC chief whip in the Mpumalanga ...
News
1 week ago

The ANC Women's League in KwaZulu-Natal has criticised police after the murder of an 18-year-old pupil at a school in Ndwedwe, north of Durban.
News
6 days ago

The ANC in Johannesburg has postponed its regional elective conference scheduled for this weekend. The conference will now be held at the end of May.
Politics
5 days ago