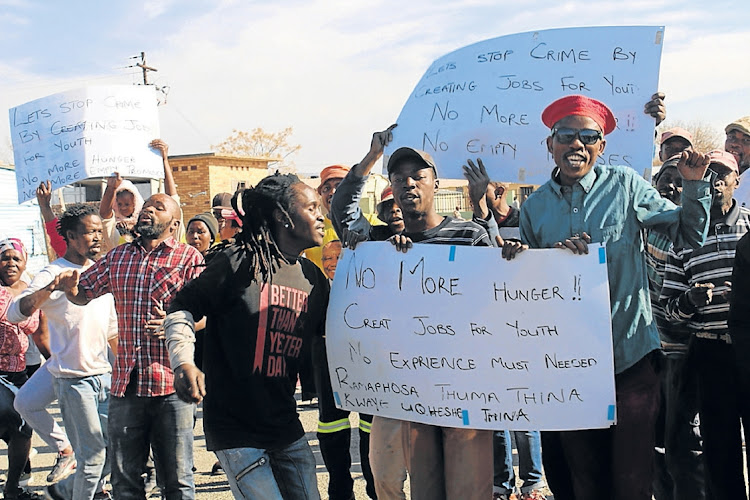 President Cyril Ramaphosa reflected on gains and missed opportunities by his government in creating job opportunities for millions of young people.

Speaking in Mthatha, Eastern Cape, Ramaphosa said youth unemployment and limited access to developmental opportunities were a legacy of apartheid and had been compounded by the Covid-19 pandemic, which further shut down businesses that employed millions of South Africans.

He said the main focus in rebuilding the economy is creating more opportunities for the youth in addition to initiatives such as the Presidential Youth Employment Intervention and Presidential Employment Stimulus programmes, which have created almost 880,000 job opportunities.

“A flagship initiative of the employment stimulus is the school assistants programme, which has placed 287,000 young people in schools across the country.

“These young people are accessing meaningful employment while supporting teachers and contributing to positive learning outcomes in our schools,” said Ramaphosa.

EFF leader Julius Malema and DA leader John Steenhuisen were critical of the ANC government and its failure to uplift and empower youths.

Steenhuisen, who spoke in Alexandra in Gauteng, said there has never been a more difficult time for young people to find meaningful work and training opportunities in SA.

He said the freedom fought for by the youth of 1976 has not translated into economic freedom, and called for a continuous fight against this injustice.

“Never before has the future looked so bleak for young South Africans. Never before has the prospect of finding meaningful work or leaving school with a decent education been further away. Why do millions of South Africans, most of them young, find themselves locked out of opportunity and our economy? What have our youth done to the ANC that it persecutes them so much?” Steenhuisen asked.

Malema accused Ramaphosa of “hating” millions of young people who are without jobs. The firebrand leader was addressing a Youth Day rally in Limpopo.

While the youth unemployment rate remains a persistent problem in SA some entities are doing their bit to help young people find jobs.
News
2 months ago

President Cyril Ramaphosa says SA has a huge mountain to climb in the quest to create jobs as youth unemployment is at a record high.
Politics
2 months ago