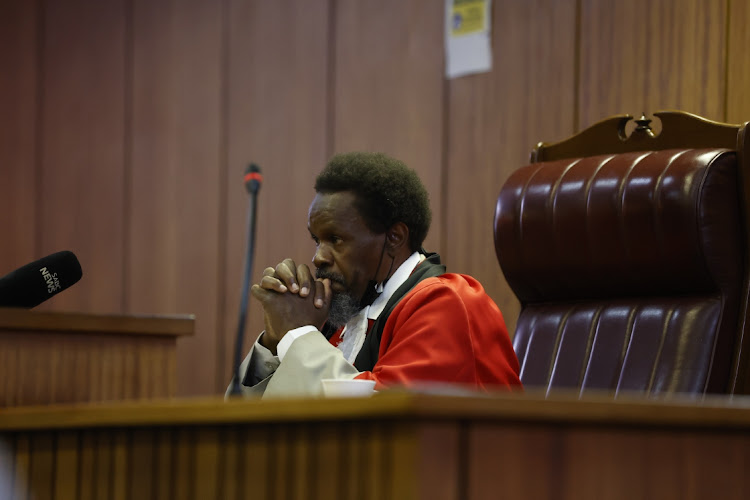 The instructing attorney for four accused in the Senzo Meyiwa trial has distanced his clients from controversial advocate Malesela Teffo, while the judge has felt compelled to invoke his Christianity.

Teffo, who had withdrawn from the case and then, in a U-turn, announced he would be returning, was a no-show in court on Tuesday.

Attorney Timothy Thobane argued the matter was erroneously postponed because he is still on record for the accused despite Teffo's withdrawal. However, Judge Tshifhiwa Maumela disputed it was an error as Teffo had made no mention of Thobane continuing with the trial when he withdrew. “I didn’t read it as an error — Teffo said nothing about you when he withdrew,” the judge said.

I have a physician called Jesus and he needs no augmentation

Maumela addressed utterances made by Teffo in a letter addressed to the director of public prosecutions for the North Gauteng High Court. Teffo made a number of accusations against the lawyers involved in the trial including an allegation that a sangoma had been invoked against him.

Maumela refuted this, saying his “physician” is Jesus.

Thobane clarified that whatever Teffo said was not under his instruction as the instructing attorney.

He said of Teffo: “The advocate who was appearing in this matter has withdrawn. When he spoke it was not part of the instruction. He is not part of this matter any more. Whatever he says, he says it out of his [own] mind,” Thobane said.

He repeated the statement outside the court. “Teffo withdrew from the matter. He is not part of this matter as it stands now.”

The case was postponed to September 5.

Thobane said he intends to bring an application for bail for accused number two, Bongani Sandiso Ntanzi. Previously, Teffo had alleged that Ntanzi was one of two of his clients who had been forced into making confessions.

Civil society organisation Judges Matter has called for advocate Malesela Teffo to immediately withdraw his "shocking" comments about the presiding ...
News
2 weeks ago

Advocate Malesela Teffo the advocate who represented four of the five accused in the Senzo Meyiwa trial, has made 10 demands he wants fulfilled ...
News
2 weeks ago

This well-made Netflix docu-series puts forth wildly implausible and terrifying theories on what really happened during the 2014 home invasion.
Lifestyle
3 months ago

“We all know it’s been eight years, South Africans want answers," says Magdalene Moonsamy, an attorney on watching brief for Kelly Khumalo at the ...
News
4 months ago