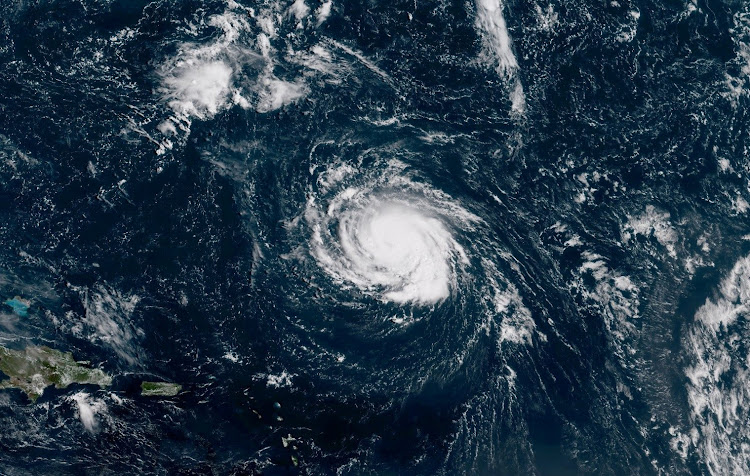 Hurricane Florence seen over the Atlantic Ocean, about 1,200 kilometres southeast of Bermuda, in this photo provided by the National Oceanic and Atmospheric Administration on September 9 2018.
Image: NOAA NWS National Hurricane Center/Handout via REUTERS

Weather Channel reporter, Mike Seidel, is seen in the video struggling to stay upright against the wind in Wilmington, North Carolina during what was then Hurricane Florence.

Time magazine writes, the reporter used dramatic movements to seemingly keep his balance during a live shot on Friday. But then, two men enter the frame behind him and seem to have no trouble walking around.

The Weather Channel issued a statement to the Washington Post defending the reporter’s viral performance, saying he was “undoubtedly exhausted.”

So dramatic! Dude from the weather channel bracing for his life, as 2 dudes just stroll past. #HurricaneFlorence pic.twitter.com/8FRyM4NLbL

"No, no no, this is not ravioli." Mothers have a reputation for being intense, well these Italian American grandmas are the mothers of intense.
Lifestyle
2 years ago

Nasty C sends fans into a frenzy.
TshisaLIVE
2 years ago

How many Cape Town locations can you identify in the new Apple Watch ad?
News
2 years ago
Next Article