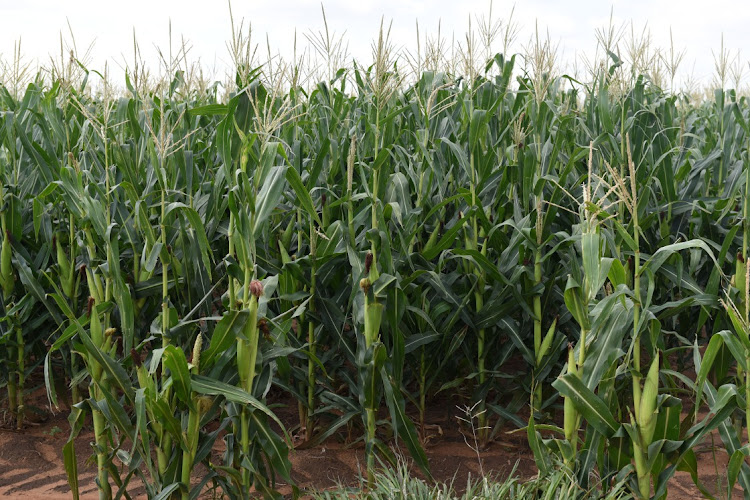 The Food and Agriculture Organisation's food price index, which measures monthly changes for a basket of cereals, oilseeds, dairy products, meat and sugar, averaged 118.5 points last month vs a slightly revised 116.1 in February.

The February figure was previously given as 116.0.

The Rome-based FAO also said in a statement that worldwide cereal harvests remained on course to hit an annual record in 2020, adding that early indications pointed to a further increase in production this year.

Millions of malnourished South Africans may suffer severe illness if a third wave of Covid-19 infections hits SA because of their weaker immune ...
News
1 year ago

The food and agriculture organisation's vegetable oil price index surged 8% on the month to reach its highest level since June 2011, lifted by higher prices for palm, soy, rape and sunflower oils.

Dairy prices rose for a 10th month running, registering a 3.9% increase. FAO said one of the drivers in the sector was milk powder, which was boosted by a surge in imports in Asia, especially China, due to concerns over short-term supplies.

The meat index climbed 2.3%, but unlike all the other indices, it was still slightly down on a year-on-year basis. FAO said poultry and pig meat quotations increased, underpinned by a fast pace of imports by Asian countries, mainly China.

Sugar prices dropped 4% month on month, but were still up 30% on the year. March's decline was fuelled by prospects of large exports from India, FAO said.

This is what costs more now from a year ago

The cost of medical services, food and petrol are quantified in a report by Statistics SA.
News
1 year ago

FAO raised its forecast for the 2020 cereal season to 2.765 billion tonnes from a previous estimate of 2.761 billion, pointing to a 2% increase year on year.

Looking ahead, the organisation said it expected global cereal production to increase for a third consecutive year in 2021.

Global wheat production was seen hitting a new high of 785 million tonnes this year, up 1.4% from 2020 levels, driven by an anticipated sharp rebound across most of Europe and expectations of a record harvest in India, FAO said.

Above-average outputs were also expected for maize, with a record harvest forecast for Brazil and a multiyear high predicted for SA.

For the current 2020/21 marketing season, global cereal utilisation was forecast at 2.777 billion tonnes, 2.4% up on the previous year, driven largely by higher estimates of feed use of wheat and barley in China, where the livestock sector is recovering from African swine fever.

'Our poor are hungrier than they have ever been': SA's food insecurity crisis

Global agricultural indices typically have to contend with several challenges in the quest to provide a useful measure of any particular subject, ...
Opinion & Analysis
1 year ago