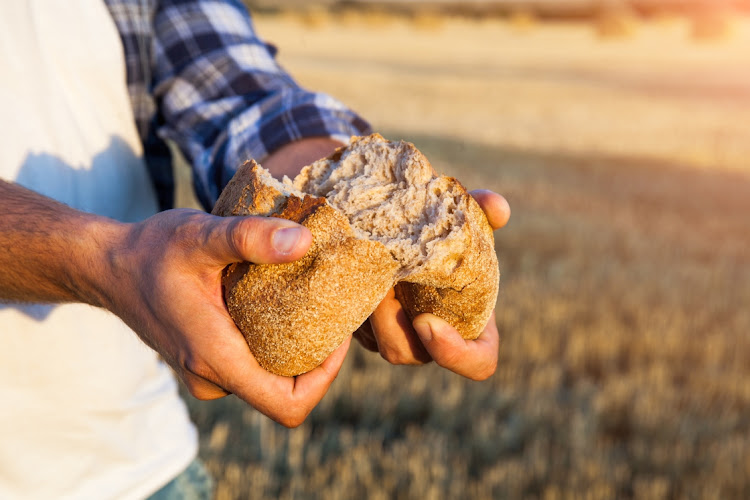 Rising wheat prices due to the Russian invasion of Ukraine could lead Egypt to raise the price of subsidised loaves for the first time in four decades. Stock photo.
Image: 123RF

What can the world’s biggest buyer of wheat do when supplies from mainstay providers Russia and Ukraine are choked by war? For Egypt, it could mean pressing ahead on a delicate venture: raising the price of subsidised loaves for the first time in four decades.

Russia and Ukraine delivered 86% of Egypt’s wheat imports in 2020, according to the UN, and the combination of combat, fast-moving sanctions announcements and surging freight and insurance costs is propelling the grain to its highest price in more than a decade. That carries extra resonance in this North African nation, where rising food costs contributed to the Arab Spring protests a decade ago.

Egypt was already struggling to maintain the subsidy used by about 70-million people in the face of the Covid-19 pandemic, and war could make things worse. Wheat stocks are sufficient for at least four months, but shipments from much of the Black Sea region are stalled by the conflict, likely pushing prices even higher.

“We expect the Russian-Ukrainian war will speed up the bread price issue,” Saied Abu Mohamed, a 45-year-old father of two, said while queuing for subsidised bread in Cairo’s al-Khalifa neighbourhood.

“On many occasions, we hear officials insisting on reviewing bread prices. The opportunity has come to them on a golden plate.”

Given its dependency on grain imports, a significant amount being from Ukraine and Russia, continent has reason to worry
Opinion & Analysis
4 months ago

The average price for imported wheat has risen to about $350 a ton (about R5,410), compared with $250 (about R3,864) last year, supply minister Aly El-Moselhy said in a television interview on Monday night. The budget for this fiscal year is based on $255 (about R3,941), according to finance ministry documents.

The higher prices put pressure on the budget deficit. While lifting subsidies could put millions of Egyptians under increased economic strain, it would help shore up state finances.

The most populous Arab nation allocated about $1.4bn (about R21.6bn) for wheat imports and another $1.15bn (about R17.7bn) to subsidise local production.

The government expects about 5-million tons from the local harvest, an increase from previous estimates of 4-million tons, and that should boost stocks enough to cover consumption until November, the minister said.

“I want to assure people there’s no need to worry,” he said. “There’s a political will and vision to maintain wheat reserves, and the government is availing the necessary funds for that.” 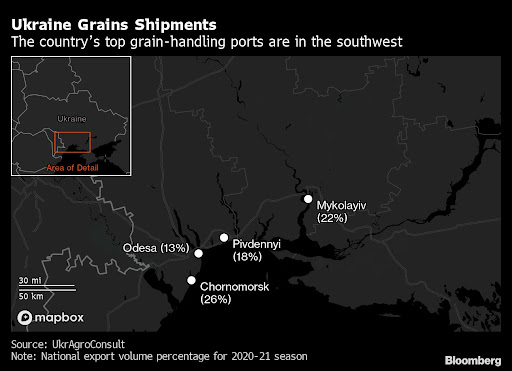 The Egyptian government may be forced to raise the price of subsidised bread loaves for the first time in four decades.
Image: Bloomberg

Any conversation about removing bread subsidies was unheard of in the past, and the government of Abdel-Fattah El-Sisi was the first to put the debate out in public. He’s pushing for an expansive overhaul of the economy, tackling everything from infrastructure to how the subsidies are allocated.

The president last year called for raising prices of subsidised bread to ease the strain on government coffers. The government also could downsize the programme so only the poorest people — about 25 million — qualify, El-Moselhy said.

Bread is so central to North African diets that Egyptians and Moroccans refer to it as “living”. Leaders in the region have spent hundreds of billions of dollars making staples such as bread, cooking oil and sugar affordable. That was seen as a way for governments to gain legitimacy and pacify the population.

A subsidised loaf in Egypt sells for the equivalent of about 1 US cent (about 15 cents). The country allocates five loaves a day to people in the programme and uses the public treasury to compensate bakers for their losses.

An attempt in the late 1970s by then-President Anwar Sadat to end subsidies on basic foodstuffs triggered riots that left more than 80 people dead.

The scope of Egypt’s exposure to international markets was evident on Monday when it drew just three offers in a closely watched tender and ultimately cancelled it due to high prices. That followed another cancellation late last week when the only offer was from France.

“Egypt is already suffering because of Russian aggression,” ambassadors from the Group of Seven nations said in a joint statement on Tuesday.

“Wheat prices and foodstuff prices will rise across Egypt and across Africa.”

North Africa gets about half its wheat from Russia and Ukraine —which capitalise on lower production costs and rich, fertile soil — and the conflict is forcing Egypt’s neighbours to pivot.

Morocco relies on the Black Sea region for about 25% of its soft imports, and expects a few cargoes to arrive in coming days, said Abdelkader El-Alaoui, chairperson of the Moroccan millers’ group FNM.

“Only a fool relies on a single source so we are turning to Argentina, France and Poland to make up for any problems affecting supplies from the Black Sea,” El-Alaoui said.

Gold near 13-month high as demand rockets on Ukraine invasion

Gold declined - but remained near a 13-month high - on fears that Russia’s invasion of Ukraine could turn more brutal, aiding demand for haven assets ...
News
4 months ago

Russia cancelled a bid to send four of its warships through Turkish waters into the Black Sea at Turkey's request, Foreign Minister Mevlut Cavusoglu ...
News
4 months ago

LISTEN | Russia-Ukraine conflict: SA and other developing countries 'don’t have to take sides'

The government has been issuing conflicting statements about its stance on the Russia-Ukraine conflict.
News
4 months ago

A huge military convoy was seen travelling from Russia to Ukraine on Tuesday, closing in on the capital Kyiv.
News
4 months ago

Rising wheat prices due to the Russian invasion of Ukraine could lead Egypt to raise the price of subsidised loaves for the first time in four decades. Stock photo.
Image: REUTERS/BARRY MALONE