Zuma slams those calling for him to step down: 'They have no right' 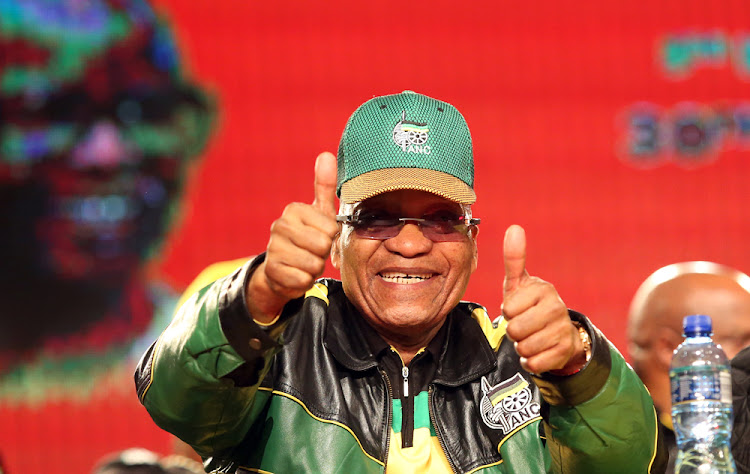 President Jacob Zuma on Friday took a swipe at those calling for him to step down‚ saying they had no power to make such a call.

He told the ANC delegates that they were the ones with powers to hire and fire mayors‚ councillors‚ premiers‚ MECs‚ ministers and the president.

Discussions on the economy at the ANC's national policy conference have to be centered around how to reignite growth‚ President Jacob Zuma said ...
Politics
4 years ago

'What has Zuma done wrong?' supporters chant at policy conference

ANC policy conference delegates from KwaZulu-Natal's eThekwini region stormed into the conference hall in Johannesburg on Friday‚ chanting "he who ...
Politics
4 years ago

He made the point when he was reminding the delegates that they came from the ANC branches and they best knew the living conditions of the people.

"You elect people and you now take orders from them. You elect a president and some people who have no right tell you he must go and they have no right.

"People take your power and you keep quiet. You are the ones who can hire and fire‚" Zuma said.

There have been several calls from civil society movements‚ churches and some leaders in the ANC for Zuma to step down following several scandals or bad decisions made by him. Some of the decisions‚ including removing former finance minister Nhlanhla Nene as well as Pravin Gordhan led to the economy finally slipping into recession.

Zuma also hit back at the 101 veterans‚ who include Mavuso Msimang‚ Murphy Morobe and Wally Serote‚ who have called for him to step down and had proposed that ANC hold a consultative conference which they have now boycotted.

Zuma said they think they thought they were above the branch members who elected him.

"We know some of them and they are not as strong as they think."