Permits a must for Uber, says minister 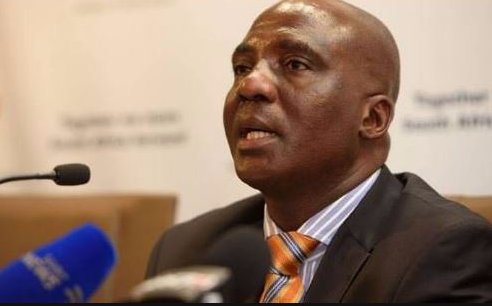 The Transport Department has said Uber operators must be licensed and apply for operating permits.

Speaking on the sidelines of the Southern African Transport Conference in Pretoria yesterday, Transport Minister Joe Maswanganyi said licensing Uber operators meant they would be restricted to a specific route or radius.

"If you have a permit you are given a specific route. You do not operate everywhere," he said.

About 80% of road deaths involve males between 19 and 35‚ according to the Department of Transport. And the World Health Organisation’s global ...
News
5 years ago

Going from being a petrol attendant to an Uber driver seemed like a step towards a better life for Erick Ndebele and his family until recent brutal ...
News
5 years ago

Maswanganyi said metered taxi operators had complained that Uber operators were not licensed and did not pay for a permit.

The conflict resulted in Uber drivers being attacked and their vehicles set alight.

Maswanganyi said the transport sector had to move with the times.

"The taxi industry does not want Uber. I said to them: 'Why don't you digitise your industry?'

"We can't resist change; we have to move with it."

He challenged the transport sector to find solutions.

"The issue is technology. Young people like technology, and we need a South African solution. Assist us to bring the metered taxi business into a new era," he pleaded.

Maswanganyi said he understood the issues raised by the taxi industry and called on taxi financiers to provide better deals.

He lamented that it was cheaper to finance an E-Class Mercedes-Benz than a minibus taxi, saying the interest rate was 28%.

"That is exploitation," he said.

"We need to subsidise transport users, not operators."