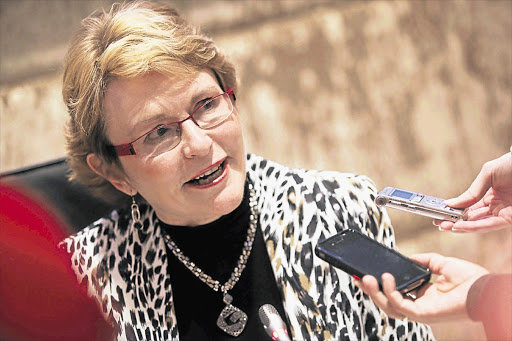 News channel ANN7 has been ordered to pay R10‚000 and apologise for reporting that former DA leader Helen Zille had tweeted that ''colonialism was not bad at all''.

She had in fact tweeted that the legacy of colonialism was not “ONLY negative”.

So many questions on Helen Zille's apology

The DA has accepted an apology from Helen Zille and allowed her to stay on as premier of the Western Cape. Chris Barron asked EFF leader Julius ...
Opinion & Analysis
4 years ago

In May a viewer reported the inaccuracy to the Broadcasting Complaints Commission of SA (BCCSA).

ANN7 apologised and claimed that a video editor had mistakenly added the word "at" to the tweet.

In June the viewer noticed that they had made the same error.

"I have just been listening to the 12.30pm ANN7 news (Sunday‚ June 4) and heard the presenter say that Helen Zille had said that 'colonialism was not at all bad'. This is what the station had to apologise for on May 5. This makes me wonder how sincere the apology was … Today it was said vocally on a feature on Zille's suspension‚ so the station cannot blame a video editor. ANN7 has never had any credibility‚ but it is getting worse and worse with its distortions of the news‚'' the viewer's complaint read.

The channel promised to delete the May footage from its system to prevent the same mistake from happening again. It also said it would run an apology during its prime time news broadcast. The apology was aired and the matter was considered resolved.

But it seems that ANN7 had not removed the footage from its system.

The complainant wrote to the broadcasting watchdog in June‚ saying: "In both instances relatively junior but important staff members are blamed. They clearly need training in basic journalism and ethics and senior staff members should monitor news broadcasts and correct misinformation immediately‚ not wait for an official complaint to be made."

Linda Venter from the BCCSA ruled: "I came to the conclusion that the apology should be repeated and the Registrar informed at least 48 hours before it is broadcast so that the relevant parties may be informed thereof. For the re-occurrence of the same negligent error‚ a fine of R10‚000 is imposed as sanction‚ which must be paid to the BCCSA within 15 days after receipt of this adjudication."