Ramapostponer: Twitter pokes fun at Zexit and the NEC meeting 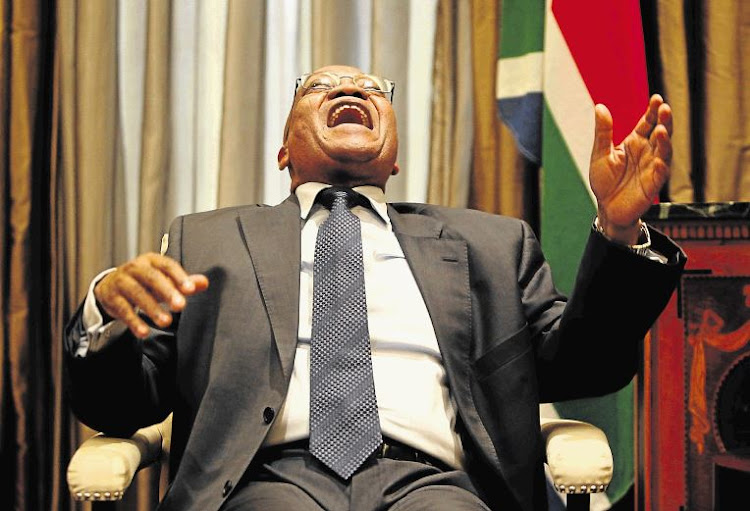 The ruling party’s ongoing efforts to persuade President Jacob Zuma to step down has spawned a rather unflattering nickname for the country’s deputy president – Ramapostponer.

While the NEC was locked behind closed doors during its marathon 13-hour meeting‚ Economic Freedom Fighters (EFF) leader Julius Malema was tweeting updates.

Ramapostponer‚ he tweeted‚ had been mandated to convey a message to the “delinquent” to resign or be recalled. And with that he wished his followers goodnight.

Ramapostponer given mandated to convey a message to the delinquent to resign or be recalled. Goodnight

The outcome of the NEC meeting left the nation hanging on tenterhooks. Was Zuma going to step down or fight back? All of the speculation elicited hundreds‚ thousands‚ maybe tens of thousands of reactions and memes on social media.

And here are nine that caught our eye.

Advocate Dali Mpofu appeared to agree that there were too many delays and too little progress in the Zexit negotiations.

BREAKING NEWS:
The promise made on Sunday that the people of SA will get FINALITY on the matter of Jacob Zuma has been POSTPONED by 48hours!

This was agreed at the POSTPONED NEC meeting

There is still no word on the POSTPONED State of the Nation Adress!#PresidentRamapostponer

Malema retweeted a video by Tumi Sole that mocked efforts by Ramaphosa and ANC NEC members who were trying to present a “united front”.

Cyril and team trying to present a united front

While negotiations about the so-called “transition” dragged on‚ one thing became apparent. Just as Robert Mugabe was not persuaded to go quickly in Zimbabwe‚ neither would Zuma’s exit be a fast and furious one. Mosima Matosa hit the nail on the head with this tweet.

@Junbugstone had a different take on the Mugabe and Zuma story.

Stepoli was more upbeat and proposed a #ZumaGonePartySong to celebrate his imminent departure.

Black Industrialist suggested that Zuma was bigger than the whole party and its NEC.

Jones Mzizi captured Zuma’s defiant attitude after having survived several motions of no confidence and calls for his head with an imagined conversation between him and members of the NEC.

“ANC NEC: Mr President‚ when are you bidding the people of South Africa farewell?

“President: Where are they going?”

ANC NEC: Mr President, when are you bidding the people of South Africa farewell?

Kevin Levy‚ commenting on the postponement of the NEC press briefing from noon to 2pm on Tuesday‚ said the whole saga resembled a soap opera.

So now the 12pm briefing has been moved to 2pm...this is now becoming worse than a soap opera 🙈 so are the days of our lives! #NECMeeting #ZumaMustGoNOW #ZumaMustGo #ZumaExit @News24 @eNCA @CyrilRamaphosa

And just in case Zuma argued that he should not quit because he had done nothing wrong‚ Sihle provided a list of names to jog his memory.

Zuma: What is it that I have done?

You live by a sword, you die by a sword. #Zexit pic.twitter.com/E3lgbVtKbj

Finally, Meeka Olivier has a suggestion for the country:

ANC secretary general Ace Magashule and his deputy Jessie Duarte are delivering the news to outgoing president Jacob Zuma on Tuesday morning that his ...
Politics
3 years ago

The Economic Freedom Fighters party has given National Assembly speaker Baleka Mbete until 1pm - instead of 10am - to respond to the party's request ...
Politics
3 years ago

ANC to give an update on NEC meeting