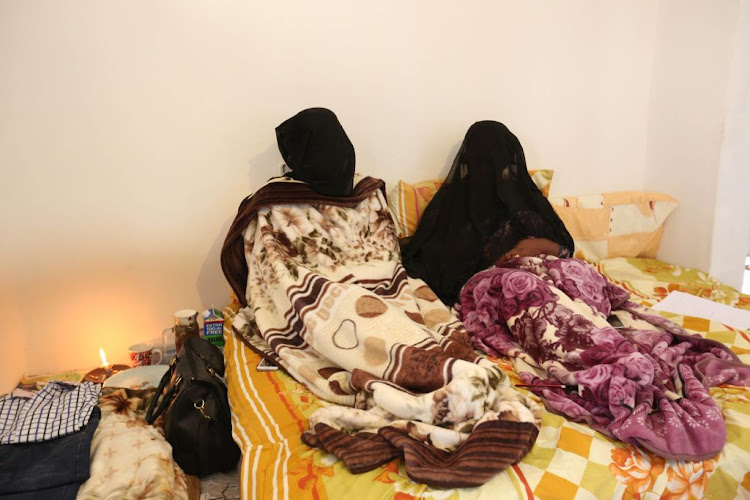 Buyile Mdletshe Mchunu and Malungi Chiya Mchunu, the first and second wives of former ward councillor in Msunduzi municipality and a convenor of branches Musawenkosi Mqatha Mchunu, on May 14, 2018.
Image: JACKIE CLAUSEN

ANC president Cyril Ramaphosa has promised the family of slain Pietermaritzburg councillor Musawenkosi Mqatha Mchunu that he will ensure police find his killers.

Ramaphosa‚ accompanied by high-ranking members of the governing party‚ descended on Mchunu’s home on Monday‚ where he met with his two wives and other relatives.

Ramaphosa was accompanied by national executive members Jessie Duarte and Gwede Mantashe‚ among others‚ amid rising political tension and deaths in the province. Well-known former Jacob Zuma backer Roy Moodley was close by Ramaphosa’s side.

Mchunu‚ who was aligned to Ramaphosa‚ was vocal in calling for the postponement of the Moses Mabhida regional conference and the disbandment of the regional executive committee.

Ramaphosa received a resounding welcome from local ANC members during his visit to Mchunu’s family home. ANC officials were expected to meet later on Monday with the party's provincial task team and three regions to discuss the spate of political killings which have rocked the province.

ANC activist Sifiso Cele had gone willingly with the gunmen who forced their way inside his girlfriend's house – and marched to his death.
Politics
3 years ago

”He was well aware of my uncle’s hard work for the unity of the African National Congress. Our family - including my uncle’s six children - are shocked and devastated.”

Mchunu said Ramaphosa spent more than an hour with the grieving family trying to establish what transpired. He is expected to be laid to rest on Saturday‚

Mchunu was ambushed outside his KwaPata‚ Pietermaritzburg home on Friday night by unknown assailants and Sibuyiselo Dlamini‚ an IFP councillor in the Zululand district‚ came under fire in the Ulundi area. The attacks happened within 20 minutes of each other.

Police have launched a manhunt for the killers of two opposition party councillors who were gunned down in separate incidents in KwaZulu-Natal on ...
Politics
3 years ago

A day before his death‚ Mchunu called for the elective conference in the Moses Mabhida region to be postponed. Mchunu’s death comes just days after ANC activist Sifiso Cele was murdered on the south coast in front of his wife and children.

The killings come as the governing party in the province grapples with deep-rooted divisions in the province and in a region that has seen a spate of political killings. The party is expected to wrap up its series of elective conferences by the end of May.

Last week‚ ANC national executive member Edna Molewa‚ who was deployed to oversee the province‚ told the media that the ANC did not believe that the disputes raised by some branches were sufficient to warrant the postponement of the provincial elective conference.

She said disputes were normal and were similar to those raised before the party’s national elective conference last December.

Four regions have been identified by the party as problematic because of their failure to deal with infighting - eThekwini‚ Harry Gwala‚ Lower South Coast and Moses Mabhida.

Police minister Bheki Cele urged law enforcement agencies to "pull up their socks" in tracking down the killers behind the deaths of several ...
News
3 years ago