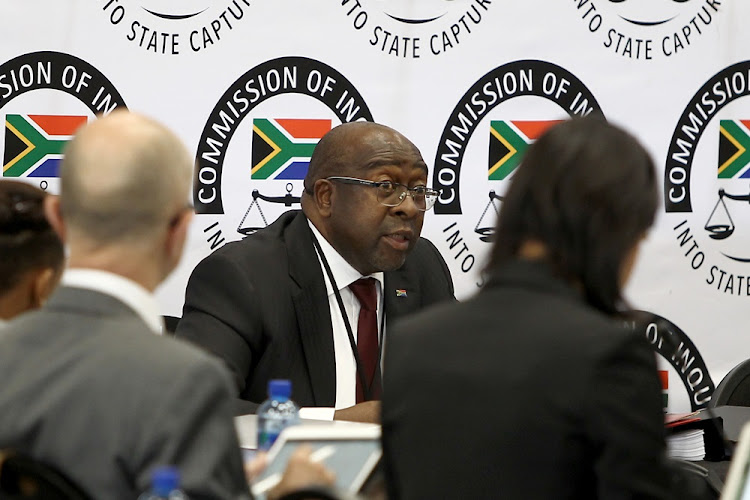 Finance Minister Nhlanhla Nene has asked President Cyril Ramaphosa to relieve him of his duties.

The Sowetan reported on Monday that the finance minister approached the president over the weekend with the request.

This comes as South Africans as well as political parties rejected his apology for previously undisclosed meetings with the Guptas at Saxonwold and their business premises in Midrand from 2010 to 2014.

Serious questions are now being raised about Nene’s credibility, particularly over whether the Guptas had any role in his previous deployments as minister and deputy minister of finance, and whether he ever acted under their instruction.

The Sunday Times reported that when he was reappointed to cabinet in February, Nene did not disclose to Ramaphosa that he had seven meetings with the Guptas during his previous stint as finance minister and as deputy minister before that.

In a detailed response to questions from the Sunday Times, Nene said he did not think that the meetings he had had with the Guptas were relevant for the purpose his my appointment but “looking back I should have informed the president then, or subsequently”.

Ramaphosa was also apparently unaware that Nene was to make an apology to the nation on Friday for meeting the Guptas at their home and not disclosing the details earlier. He is said to be “very shocked” at the revelations of Nene’s relationship with the Guptas but is understood to have not yet discussed the matter and the future of the finance ministry with him.

High-profile insiders in the presidency say Ramaphosa is in a quandary about what to do as the storm around Nene undermines attempts to clean up the government and stabilise the National Treasury after years of volatility during the Zuma administration.

ANC officials are believed to be discussing Nene at a retreat‚ which ends on Monday.

Does Nhlanhla Nene still have the full support of the president?

President Cyril Ramaphosa should break his silence and tell the nation whether Finance Minister Nhlanhla Nene has his full support ahead of the ...
Politics
3 years ago

Finance Minister Nhlanhla Nene has apologised to all South Africans for meeting the embattled Gupta brothers at their home and businesses.
News
3 years ago

In the wake of disclosures this week that finance minister Nhlanhla Nene previously met the controversial Gupta family‚ a report has found that his ...
Politics
3 years ago