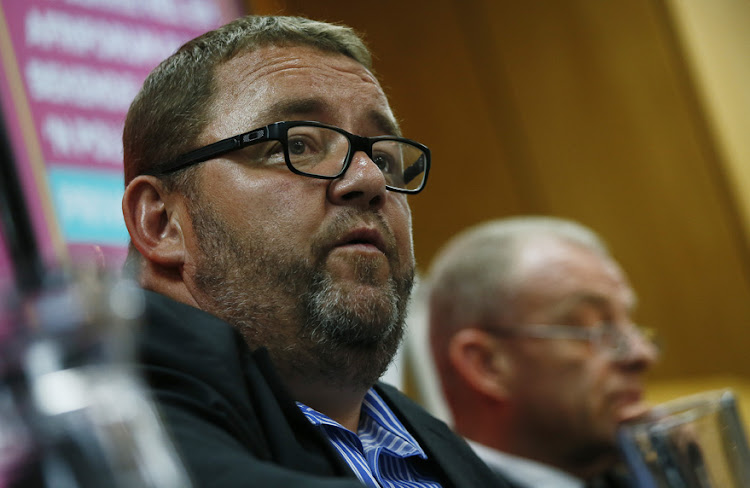 AfriForum CEO Kallie Kriel said not all cases of sexual abuse against children were handled in the same way.
Image: Phill Magakoe

AfriForum has called for swift justice for offenders who sexually abuse children.

“We view the sexual abuse of children of society as a cancer and it should be condemned in the strongest possible terms. We should send out a strong message we do not tolerate this kind of behaviour from anybody‚” AfriForum CEO Kallie Kriel said on Thursday.

Kriel was speaking at a media briefing in Centurion where AfriForum announced it was seeking a private prosecution of a prominent man in the financial sector who allegedly raped his three-year-old granddaughter.

Kriel referred to the “horrific” incident at the Dros restaurant in Pretoria‚ where a 20-year-old man was arrested for the rape of a 7-year-old girl last month. The man has appeared in court and the case has been postponed until November 1.

A crowdfunding initiative established to help pay for therapy for the Dros victim has so far raised just over R134‚500.

Well-known former state prosecutor Gerrie Nel is seeking to bring a private prosecution against a prominent person in the financial sector who ...
News
3 years ago

“We believe the law should act swiftly and people should be held accountable for the disgusting incident. We are happy that it seems police and the NPA [National Prosecuting Authority] acted swiftly and we hope justice is done‚” Kriel said‚ adding that this‚ however‚ would not fix the harm allegedly inflicted on the young girl.

However‚ Kriel said not all cases of sexual abuse against children were handled in the same way.

“We want to make sure that every single case where a child is abused is followed up with seriousness.

“There should not be negligence by the police‚ the NPA and the judicial system as a whole. We owe that to our children‚” Kriel said.

Busiswa pledges her support to protest against #DrosRapist

The star claims there is growing sympathy for the perpetrator and public figures need to make a stand.
TshisaLIVE
3 years ago

Courtroom cheers as alleged Dros rapist sent back to prison

The crowd in the packed courtroom erupted and cheered when they heard the news: The alleged Dros rapist is not applying for bail and will return to ...
News
3 years ago

As Cheryl Zondi rapidly rises as the face of South African rape survivors, civil society has mobilised support for the young woman who has stoically ...
News
3 years ago