Motsoeneng says his party is not the ANC, where there is too much democracy 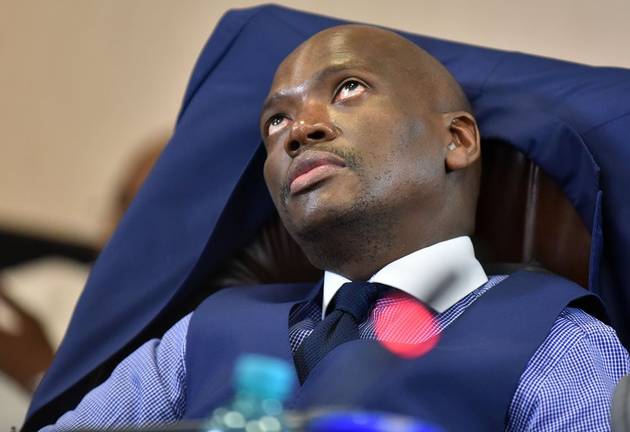 If you were considering joining Hlaudi Motsoeneng's new political party be warned: there is limited democracy in the African Content Movement.

In an interview with TimesLIVE, Motsoeneng said that unlike the ANC where the majority view informed the party's direction, in the ACM his word is final.

"In my party democracy is limited mchana, I am the one who takes responsibility on all matters. Everyone can come with their views, but if I do not believe those views will take us to heaven and transform South African, I say no.

"I allow democracy to prevail in my party but where I believe this one is not doable, I take the final decision. It does not mean the majority is always right. One person can change the world and if you are not able to manage democracy, you will have all sorts of problems like the ANC," said Motsoeneng.

Motsoeneng finally has an office on Commissioner Street in the Joburg CBD.

And guess who his neighbour is: the ANC Gauteng provincial offices.

The ups and downs of 2018 for Hlaudi Motsoeneng

From losing legal bids to launching a political campaign, controversial former SABC COO Hlaudi Motsoeneng has had an eventful year.
News
3 years ago

Motsoeneng has big plans for the ACM.

In his world, he will be occupying the Union Buildings once the results of the 2019  general elections are announced.

This is despite the party operating on a non-existent elections budget, according to his claims.

"Money cannot win elections if people do not believe in you. I want to be clear, as ACM we do not have money, it is a fact. But we do not believe money would win us elections. South Africans know what I stand for. They know I am very decisive and I am an implementer," said Motsoeneng.

ACM may be broke from inception, but Motsoeneng says his bank account is healthy.

"My money is going to look after me until I die. I want to clarify something because I saw people on social media are saying me and Jimmy Manyi are doing politics because I am unemployed. I am not unemployed, I was getting good money at the SABC mchana, that is why I am able to look after myself.

"I had a good salary at the SABC mchana. I still have a driver, that is not someone unemployed. And you know SABC still owes me R8-million which is my pension. The SABC is holding my money and I am going to get interest from that and will sue them when I win the case."

Disgraced SABC boss Hlaudi Motsoeneng has officially launched his own political party, the African Content Movement. His policies include reducing ...
News
3 years ago

It is also apparent that Motsoeneng misses the SABC where his iron fist leadership style left the public broadcaster in a shambles.

With his infamous unprecedented salary hikes, Motsoeneng enjoyed the "good money" so much he would have never discovered his Union Buildings ambitions had he not been shown the door.

"I would not have formed a party if I was not dismissed from the SABC because I would be able to push what I stand for at the SABC. But everything happens for a reason. Maybe it was good time for me to be dismissed at the SABC so that I can change the lives of all South Africans. Dismissal for me is not a bad thing and now you can see I am smelling presidency, so I am good."

As for all those in the political space who are promising land like Santa dishing out sweets to kindergarten children, Motsoeneng says that won't happen if he is in charge. He wants the government to buy land from current owners.

And oh, not everyone will get land in an ACM government.

"On the land issue, the ANC is confused. The ANC is selling the land to white people as we speak and then they turn around and say they want the land back. Who does that?" charged Motsoeneng.

"They are talking about land expropriation without compensation but my movement is against that. The government has land, it must distribute that land free of charge to those who want land to add value to the economy. But not everyone wants land, for instance I do not want land because I do not know what I am going to do with it."

The Good, the ATM and the African Content among your poll choices

Every election season newcomers emerge to contest the polls. Ahead of the 2019 elections three prominent figures have started or joined new movements ...
Politics
3 years ago