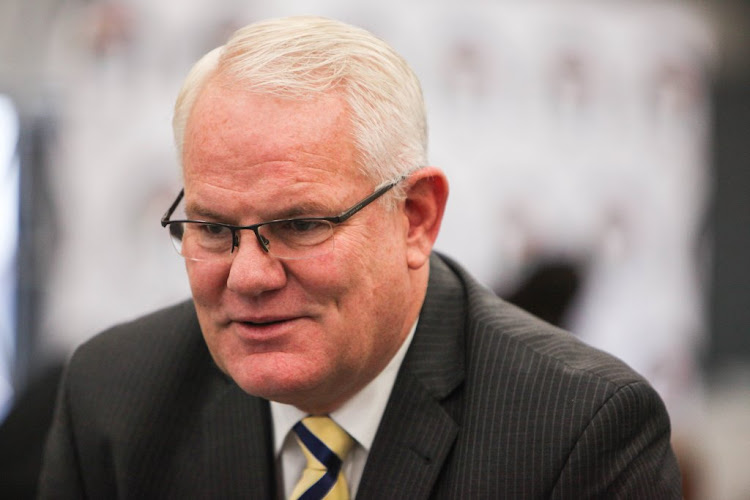 Testifying at the state capture inquiry on Thursday, Booysen said that when he returned to his position in 2014 after serving a two-year suspension, he had requested an update on the prosecution of Durban businessman Thoshan Panday and his then co-accused, Col Navin Madhoe.

The pair stood accused in two cases: alleged corruption in a controversial R60m World Cup accommodation scandal, and for allegedly attempting to bribe Booysen with R2m in exchange for him making changes to case documentation which could jeopardise the corruption case.

The bribery case was later withdrawn by Noko and the corruption case was dismissed.

Former KZN Hawks boss Johan Booysen described how he felt "ambushed" at a heated meeting at the office of then police commissioner Mmamonnye Ngobeni ...
Politics
3 years ago

Booysen said he had received a memorandum from Noko's office after he had made the request. He said the document contained "falsehoods, fabrications and omissions" and that he "took issue" with every point Noko had made.

He had then written a letter to then National Prosecuting Authority boss Mxolisi Nxasana.

Booysen read his letter to the commission while referencing each point of Noko's memorandum that he had responded to in writing.

Noko had said that there was "no evidence to prosecute any person for any offence". But Booysen argued that there was a prima facie case against both Madhoe and Panday - the case docket, according to him, contained 20 lever arch files, about 200 witness statements and an independent forensic report on the matter.

Noko also claimed that Panday was promised by police officers investigating him that if he implicated then KZN police commissioner Mmamonnye Ngobeni, they would drop the case against him.

"There is no evidence to remotely support these claims. Why would [Ngobeni] be forced to resign if she knew evidence against her was contrived?" Booysen told the commission.

Booysen said he found it suspicious that the same prosecutors were used to wrongly institute charges against so-called "corruption-busters" like him and former Independent Police Investigative Directorate boss Robert McBride; and drop charges against suspects they were investigating.

He said while these prosecutors did not capture the state, they enabled state capture to take place.

His testimony will continue on Friday.