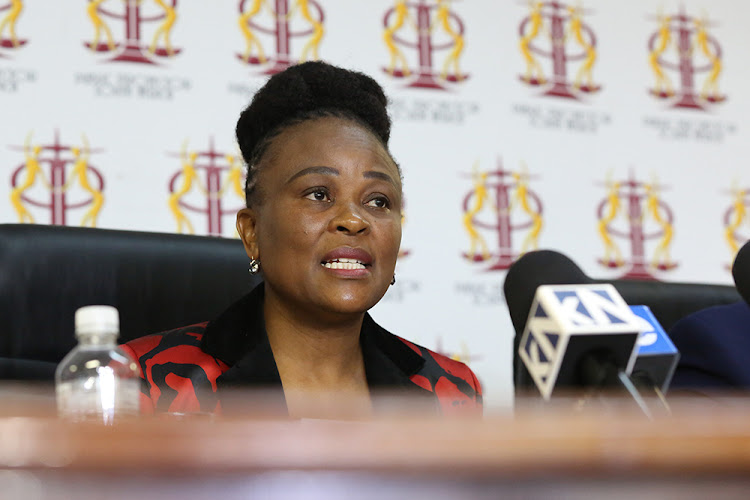 Public protector Busisiwe Mkhwebane has issued another damning finding against public enterprises minister Pravin Gordhan, this time for his role in the establishment of the Sars "rogue unit" when he was the tax service's commissioner.

In a report on her investigation into the establishment of the "rogue unit", which was released on Friday, Mkhwebane found that the setting up of the unit, approved by Gordhan, was in violation of section 209 of the constitution.

Mkhwebane found that only the president of the country had powers to sign off on such an intelligence-gathering unit.

The public protector also found that Sars failed to follow proper procurement processes in purchasing equipment that was used by the unit.

She slammed Sars for failing to provide her with documents on the procurement of equipment, saying "evidence at my disposal confirm the existence of such equipment as well as the acquisition thereof".

Mkhwebane further found the recruitment process of personnel who worked for the unit constituted maladministration.

Furthermore, she found that the unit carried out unlawful intelligence operations.

"There is further evidence at my disposal of the unauthorised interception of private communications of prominent members of society as well as surveillance by the intelligence unit of Sars for unknown reasons and/or purposes," said Mkhwebane.

The public protector gave President Cyril Ramaphosa 30 days to take disciplinary or remedial action against Gordhan for his role in the establishment of the unit.

She had earlier made a similar finding against Gordhan for his role in the payment of early retirement benefits to former Sars deputy commissioner Ivan Pillay.

Gordhan has since filed a judicial review against that report.

Mkhwebane also reported on Friday that Pillay had been hired as Sars deputy commissioner without the necessary qualifications.

She gave National Assembly speaker Thandi Modise 14 days, after receiving her report, to refer Gordhan to parliament's ethics committee to be investigated for breaching the code of ethical conduct.

Mkhwebane also asked the police commissioner to "investigate the criminal conduct of Mr Gordhan, Pillay and officials involved in the Sars intelligence unit, for violation of section 209 of the constitution and section 3 of the national strategic intelligence act including Mr [Oupa] Magashula's conduct of lying under oath".

President Cyril Ramaphosa has told Public Protector Busisiwe Mkhwebane that it is premature for him to take disciplinary action against public ...
Politics
3 years ago

Public protector Busisiwe Mkhwebane says President Cyril Ramaphosa is implicated in her investigation into the R500,000 donation he received from ...
Politics
3 years ago

ANC Women’s League president Bathabile Dlamini said she was made a scapegoat and an easy target as she resigned as a member of parliament on Tuesday.
Politics
3 years ago