Zondo questions whether enough checks were done on Estina project 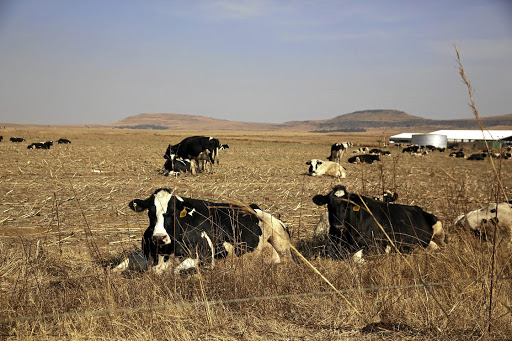 Farmers in Vrede were promised jobs and skills through the R200m Estina project but got nothing.
Image: Alon Skuy

All the Free State agriculture department did to verify the controversial Gupta-linked Estina company was to check if it was registered in South Africa and was tax compliant.

The department then went on to enter into a contract with Estina, and its Indian partner company Paras, worth hundreds of millions of rands for the management of the Vrede dairy farm project.

This process of appointing Estina came under the spotlight on Friday at the state capture inquiry, when former Free State agriculture department head Peter Thabethe took the stand for a second day.

Thabethe, along with Gupta ally Ashok Narayan - who was then Free State premier Ace Magashule's adviser - visited Paras's head offices in India in December 2011 with the vision of partnering the company to run a dairy production and processing plant in Vrede. Paras reciprocated with a visit and one of its executives, Gajinder Kumar, arrived in the Free State in mid-2012.

An ally of the Gupta family was a key part of a visit to India by state capture-implicated former Free State agriculture head Peter Thabethe in 2012.
Politics
2 years ago

"During the visit of the Indian company, Paras, they indicated interest not only in the model but also to invest into the project. Then my concern to them was that it would be very difficult to interact and enter into an agreement with a foreign company. For us to do that, they must register in SA or have a partnering company that we can operate with. They had to register or identify a company that they could work with," Thabethe said.

"It was also in our interest to raise their interest for investment … We had discussions with them, we took them to the site and they indicated their interest … The discussion on a South African company took place in India and here; what we did here was emphasised when he (Kumar) raised his interest (in investing in the project)."

"After Kumar left, a company called Estina came to discuss with us that they have a relationship with Paras and would want to take the engagement further. I then said to them there is no problem, but I needed confirmation ... I did get an agreement that was signed between both companies (Paras and Estina)," Thabethe said.

"The letter was given to us by Estina. After I received the letter we then checked with Paras. They then indicated to us they will provide us with a memorandum of understanding. They had confirmed that their partner company in SA is Estina."

Asked by the commission's evidence leader advocate Leah Gcabashe what verification processes were followed to bring Estina on board, Thabethe said two checks were done.

"What we checked was whether the company was registered in SA. We have a system in government where we can check it ourselves. We also checked compliance to tax. Those are the two exercises that we do," he said.

A heated debate then ensued between Thabethe and the commission's chairman, deputy chief justice Raymond Zondo, who argued that further due diligence should have been done on such a large contract. Thabethe responded that he was just following government regulations.

"My primary interest was in Paras. Estina was being used as a company that is local."

He said his only interest in Estina was that they were registered and tax compliant.

"We had never done it with any other company we had been dealing with. We have never gone to that extent in checking compliance ... They were not my main focus. I just needed them because if we litigate, we litigate a local company," Thabethe said.

Documentation shows that Estina was originally registered as a commerical company but changed its description to one that does "agriculture, farming and related activities" in October 2012, after the agreement was signed with the DoA and after Thabethe conducted the verification process.

Zondo asked Thabethe if it was his own company and his own funds involved, and he was entering into a partnership with another entity, if he would only rely on two checks to verify the entity and its directors.

He did not answer the question directly.

Despite India not being in the top ten of global commercial milk producers, it was a company from the country that caught the attention of the Free ...
Politics
2 years ago

The state capture inquiry heard on Tuesday how the Phumelela municipality in the Free State took a resolution to accept a proposal on the ...
Politics
2 years ago