NHI takes away people's rights ... and will be as bad as Eskom: Helen Zille 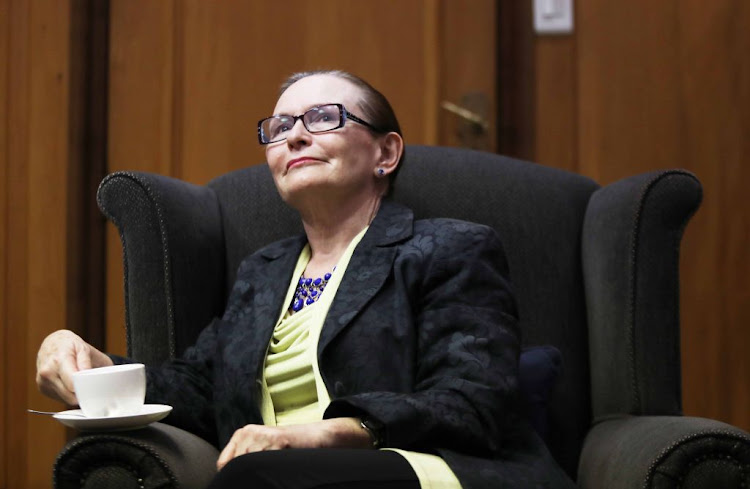 NHI is sure to be a disaster, says former premier of the Western Cape Helen Zille, noting that the ANC had inherited a functional Eskom.
Image: Gallo Images/Sunday Times/Esa Alexander

Former Western Cape premier Helen Zille wants the constitutionality of the proposed National Health Insurance scheme to be tested in court, saying the taking away of the people's choices may be unconstitutional.

“I think this should be tested in court. To say to people you can only have a service that is accepted by the state, from the person who the state assigns to you, and for the amount that the state allows you to pay, is completely unacceptable. It really takes away people's rights,” she said.

Zille physically delivered the SA Institute of Race Relations' submission on the NHI Bill to parliament on Wednesday. The institute's submission has been endorsed by just over 40,000 people whose signatures - mostly collected online - were attached.

Speaking to TimesLIVE afterwards, the former DA leader said the problem with NHI was that it assumed the current government and the state had the ability to introduce a system which would force everybody to be part of a huge bureaucratic system in which the state would decide who could get what treatment, when and from which doctors.

“It takes away choice entirely ... and it supposes that we have the money and the ability to run a state-driven national health insurance for everybody.

“We have seen that the state is not able to run the public health system that currently exists. There is only one province where public hospitals are functional in the main, and that is the Western Cape. In some provinces like the North West, public health has just about ground to a complete standstill,” she said.

The state's top legal minds have given the proposed National Health Insurance bill their stamp of approval in terms of its constitutionality.
Politics
2 years ago

She described as “crazy” the attempts to add many new dimensions to an already collapsed public health system.

Zille referenced the NHI pilot projects as evidence that the proposed scheme would be a complete disaster.

She said the problems at debt-riddled power utility Eskom - which were threatening the country's economy - were a sign of the potential harm the NHI could create. She noted that the ANC had inherited a functional Eskom.

“To try to multiply that several-fold in the NHI, which is going to spend billions just on building a bureaucracy, seems to us a foregone conclusion as a massive failure,” she added.

The IRR, a liberal think-tank, is opposed to the NHI Bill. It says the scheme would bring with it a vast additional bureaucracy and unsustainably high costs. It also accused the ruling ANC of having a vendetta against private health care.

The IRR has previously said the ANC was ideologically hostile to business and had long demonstrated a deep suspicion of the “profit” motive in private health care.

“Both for this reason and to help pave the way for its damaging regulatory interventions – it has repeatedly stigmatised the private health care system as costly, selfish and uncaring in its constant drive to put profits before people,” wrote the institute's Anthea Jeffery in a document published in August last year.

“Behind this constant stigmatisation of private health care lies the ANC’s commitment to the national democratic revolution (NDR), a strategy developed by the Soviet Union in the 1950s to take former colonies from capitalism to socialism and then communism,” she said.

On Wednesday, Zille said they would support a system that put more power and more choice into the hands of ordinary South Africans.

"We support, for instance, a voucher that would say, 'This is your allocation that the state should allocate to your health care in a year, and you can make the choice about where you want to spend that money and how you want to ensure that you get the best health service that you can'," she said.

This would extend the choice which is currently available to the middle class to poor people as well.

She said that choice was important, because when people chose where to spend their money, those service providers had to provide good service because they were competing for that money. If service was poor, people could just go elsewhere.

Zille noted that the private sector was more capable of producing affordable goods and services for the poor than the state, and that many medical aid schemes, especially newer ones, were coming up with innovative products to make access to affordable health care available to poor people.

But the state hated the idea that the market could serve poor people more effectively than it could and wouldn't let the market compete for the choices that people make, she charged.

The NHI Bill, which is out for public comment, seeks to provide mandatory prepayment health care services for all South Africans. This week, the portfolio committee on health extended the deadline for public comment to November 29.

NHI has so many holes, it’s bound to sink, experts warn

The national health department is rushing through the appointment of members to an interim steering committee to slug out the details of the National ...
News
2 years ago

When the NHI Fund starts paying for benefits, medical schemes will be expected to offer only complementary cover
Business Times
2 years ago