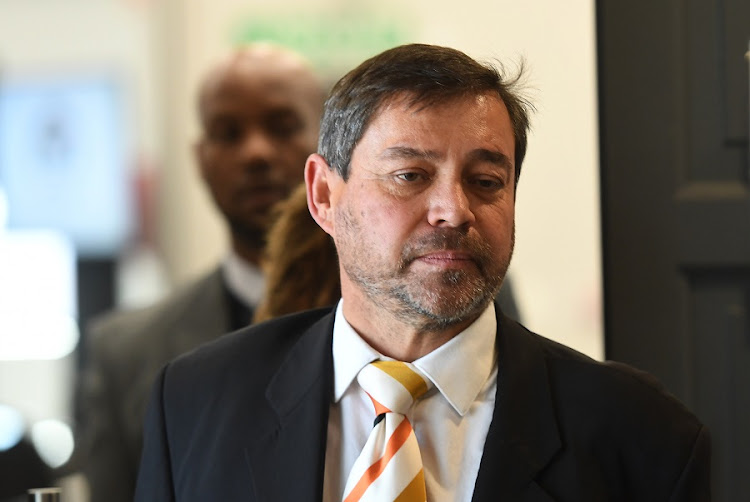 Free State DA leader Roy Jankielsohn said he received defamatory statements from the ANCYL in 2017, after he and the DA in the province questioned a controversial honorary doctorate awarded to Ace Magashule.
Image: Gallo Images/Netwerk24/Felix Dlangamandla

The DA has welcomed a Bloemfontein high court judgment in a defamation case brought against the ANC Youth League in the Free State.

Judge Johann Daffue on Monday ruled in favour of DA leader in the Free State legislature Roy Jankielsohn and awarded R300,000 in damages. He further ordered the ANCYL to cover the legal costs of the suit.

The case was heard in mid-August.

Jankielsohn said he received defamatory statements from the ANCYL in 2017, after he and the DA in the province questioned a controversial honorary doctorate awarded to ANC secretary-general and former Free State premier Ace Magashule by the Turkish tertiary institution, Bahcesehir University, that year.

They said the institution had received substantial funding from the Free State government.

The ANCYL responded by referring to Jankielsohn as a “racist”, “irrelevant white supremacist”, “clown” and “political redneck”.

In his ruling, Daffue said racism was “an extremely sensitive issue” and there was “no justification for the publication of untruths”.

“It must be one of the biggest insults to accuse a politician or, for that matter, anyone else in our diverse society of being racist or a white supremacist. People are sent to jail for making racist remarks. Racism is an extremely sensitive issue.

“There is no justification for the publication of untruths. The statement was published recklessly and with indifference as to whether it was true or false.”

With all the defamation against DA public representatives, we would be able to fund an entire election campaign with a few more defamation cases. https://t.co/1N8VObJvgp

In recent weeks, large volumes of ink have been spilt on analysis of the collapse of the DA into a minor ethnic party. In the wake of the party's ...
Opinion & Analysis
1 year ago

Finance minister Tito Mboweni has praised the Reserve Bank for declaring increased profits to the government - even if the state does not fully own ...
Politics
1 year ago

The Congress of South African Students (Cosas) wants the ANC to reprimand its secretary-general Ace Magashule over his alleged participation in the ...
Politics
1 year ago