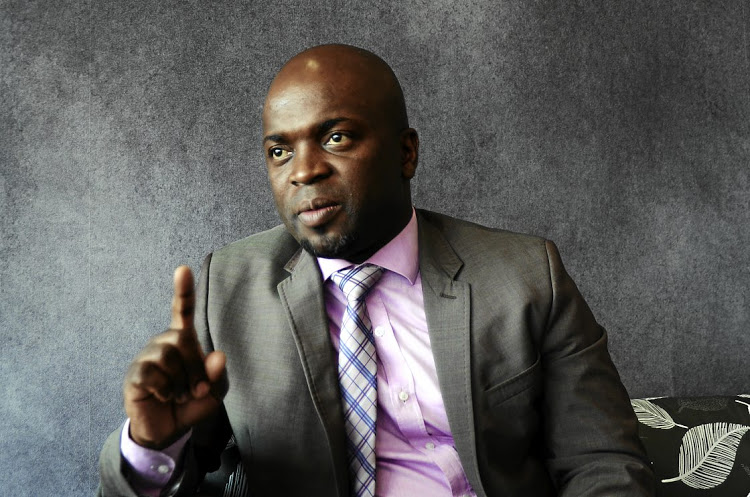 DA Gauteng legislature caucus leader Solly Msimanga said the DA would like to hear the Gauteng premier announce the deregulation of additional sources of energy, and the scrapping of e-tolls, but added that tolls are likely here to stay.
Image: Mduduzi Ndzingi

Economic stimuli including deregulation and securing of additional sources of energy to mitigate the affect of load-shedding are on the DA's wish list for Tuesday's state of the province address (Sopa) by Gauteng premier David Makhura.

“Eskom right now is making us lose jobs. Companies are closing  because they say they cannot keep people who are not doing anything for eight hours because of load-shedding.

“Eskom can continue being a producer, but we are saying allow private producers. The more producers competing, the more prices will come down because you will have a choice of who to procure from,” said the former mayor of Tshwane.

“The introduction of private producers will push Eskom to get their act together.”

Msimanga called on Makhura to implement real economic reforms, such as the establishment of special economic zones, deregulation to allow new entrants into the economy and programmes that result in full-time jobs — not “work opportunities”.

The e-toll saga must be put to bed this year, said the opposition party.

“The people of Gauteng deserve to be free of this unjust system of taxation that was foisted upon them,” said Msimanga.

However, he felt there was little hope that Makhura would announce anything groundbreaking on the long-standing e-toll impasse.

“We have proposed solutions on the payment of e-tolls but I can guarantee you e-tolls are not going anywhere. (Finance) minister Tito Mboweni has indicated a number of times that he is going  to dig in on the issue of e-tolls,” said Msimanga.

Msimanga said Gauteng motorists and others across the country were already paying for maintenance of road infrastructure through the fuel levy. This money, he said, should be used to finance the e-tolls.

Other priority issues the DA would like to see addressed in the Sopa include:

Lifestyle audits on the cards for Gauteng government employees

Tshwane mayor Stevens Mokgalapa not off the hook yet — DA

City of Tshwane mayor Stevens Makgalapa is not off the hook yet despite resigning from his position late last month.
Politics
2 years ago

IN FULL | Cyril Ramaphosa's state of the nation address

President Cyril Ramaphosa on Thursday delivered the state of the nation address, with a focus on the country's financial hardships, electricity ...
Politics
2 years ago