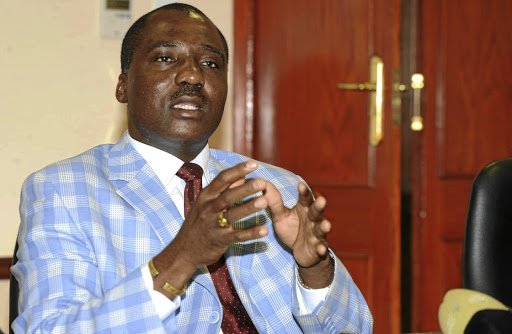 Finance minister Tito Mboweni and National Treasury officials are to be called before parliament’s two finance committees next week to brief MPs on the government's procurement of personal protective equipment (PPE), which has been plagued by allegations of corruption.

There have been reports of inflated prices being paid by provincial governments as well as contracts being given to the well connected. This has been in relation to the procurement of PPE and the distribution of food parcels, reports BusinessLIVE.

The government has made a commitment to the International Monetary Fund (IMF) to be transparent in the spending of Covid-19 relief funds when applying for a $4.3bn (R70bn) loan, which was approved by the IMF executive board on Monday.

Standing committee on finance chair Joe Maswanganyi noted at a meeting of the two committees on Tuesday that people were losing jobs while others were amassing wealth at the expense of the country. This had caused public outrage and had to be investigated.

Maswanganyi said Treasury director-general Dondo Mogajane and officials from the Treasury’s procurement office should also appear before MPs with Mboweni to indicate whether the tenders for PPE were open, equitable, transparent, competitive and cost-effective, as demanded by the constitution.

Parliament could not wait, he added, for the auditor-general and the Special Investigating Unit (SIU) to finalise their investigations.

Auditor-general Kimi Makwetu has instituted real-time audits of the government’s Covid-19 spending while President Cyril Ramaphosa has signed a proclamation authorising the SIU to investigate allegations of corruption surrounding the expenditure of Covid-19 related funds.

Select committee chair Yunus Carrim supported this proposal as did Cosatu parliamentary co-ordinator Matthew Parks who said the trade union federation Cosatu would submit a report to the committee on its findings in relation to alleged corrupt PPE procurement.

“We have had endless battles with provincial departments, especially education and health, which simply don’t want to disclose whether the PPE that they have procured are from legitimate companies or from imports. We have had a lot of stonewalling with lots of evidence of fronting.”

Maswanganyi called on other stakeholders who had issues with PPE procurement to make submissions to the committee.

SA Institute of Chartered Accountants project director for tax Sharon Smulders also supported the proposal which would ensure accountability with regard to procurement processes.

Anti-corruption investigators are probing a sickening slew of allegations that unscrupulous officials and businesses benefited from billions meant to ...
News
2 years ago

A 'tender is not a blank cheque': Tito Mboweni warns 'game over'

Finance minister Tito Mboweni has taken a swipe at individuals involved in irregular tender processes during the Covid-19 pandemic.
Politics
2 years ago

'This shame will haunt us for generations': Zakes Mda on corruption

Celebrated author Zakes Mda says allegations of corruption are a shame “that will haunt us for generations to come".
Lifestyle
2 years ago