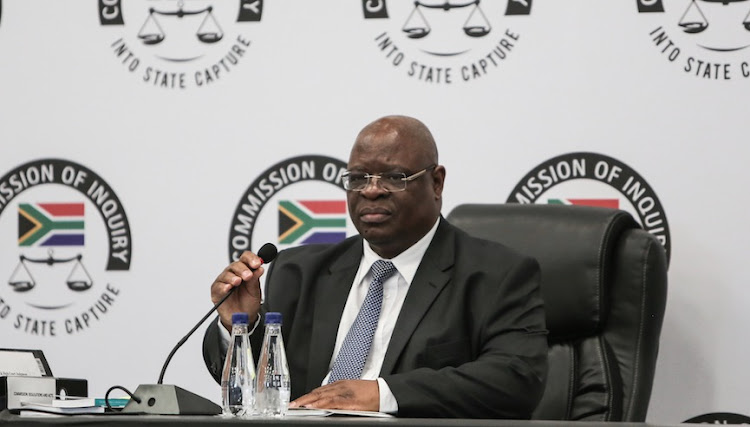 There was nothing untoward when the owner of a company that scored as part of a R225m contract to audit and assess houses with asbestos roofs paid R600,000 towards the Range Rover belonging to the former director-general of the national human settlements department.

Or so says that former DG, Thabane Zulu, as he on Thursday explained to the Zondo commission how he received R600,000 from the CEO of a company which was part of joint venture that scored a controversial Free State asbestos contract.

Zulu said the money was not linked to the 2014 contact, but was instead paid as part of debt that Blackhead Consulting CEO Edwin Sodi owed his company.

He denied he received any benefits from the R225m contract, which was awarded to a joint venture comprising of Blackhead Consulting and Diamond Hill Trading.

Zulu was testifying at the commission following allegations that he benefited from the project, which was awarded to the joint venture while he was director-general.

When former Free State economic development MEC Mxolisi Dukwana testified in August last year, he presented a spreadsheet which, he alleged, had initials that referred to Zulu. He alleged was that Zulu received R10m from that contract.

However, the commission's evidence leader Paul Pretorius said its investigators had traced a R600,000 payment made from an Absa bank account belonging to Sodi. The payment was made to SMD Trading, a car dealership in Ballito, KwaZulu-Natal, on December 22 2015.

Pretorius said the money went towards the purchase of a Range Rover for Zulu.

Zulu agreed and said he had to apply to the bank to finance the remaining amount, and that he had declared the vehicle as he was an accounting officer.

“I was paid an amount of money that was owed to me, and I directed it be paid to SMD,” he said.

Zulu explained in his affidavit, presented to the commission, that Sodi made payment to SMD on his instruction in discharge of a debt owed by the businessman to one of Zulu's businesses, TZ Lounge in Pietermaritzburg, for goods sold and delivered and services rendered during 2015.

Pretorius asked Zulu whether there was documentation by way of letters or other records of expenditure that substantiated that claim.

Zulu said there would be documents available, and that he had hoped the commission's investigators would have consulted him to check any information.

“But if the commission wants me to scrape as far back as 2015, if there is any information one could find, I would do. I thought investigators would come and dig deep — unfortunately this did not happen,” he said.

Zulu said he gave Sodi — who he described as a business customer with whom he later developed a friendship — a verbal instruction to deposit the R600,000 owed to him.

He described TZ Lounge as an events business that also does catering and sells liquor.

“We also have a sports bar. We are more strong on events where we host people,” he said.

When asked what the debt was about, Zulu said it was for orders Sodi had placed for liquor.

“He used to be at KZN to host different dignitaries and would ask to buy stuff for him. It was for him to host guests at his own house.”

Commission chair deputy chief justice Raymond Zondo said Zulu's lawyers had stated that Zulu will show the commission's investigators his bank accounts to show he never received anything from the contract.

Zulu said information on the R600,000 was an open secret: “There was no way I was going to hide that payment. It forms part of the current car that I have. It is in the public domain.”