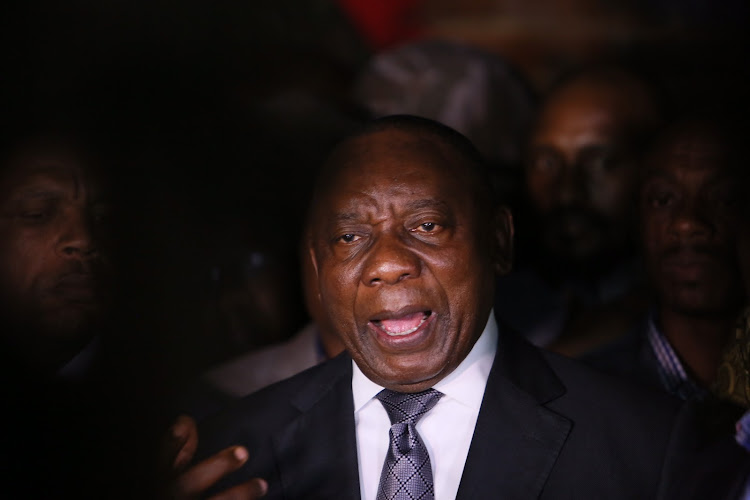 Opposition parties and South Africans have reacted to President Cyril Ramaphosa's economic recovery plan tabled on Thursday in a joint sitting of the two houses of parliament.

The shared view is that there was nothing new in the address, except for an extension of the special Covid-19 grant which will be paid for a further three months.

Ramaphosa's response to unemployment drew the attention of politicians, who slammed the president for his failure to deliver on previous promises.

These are some of the responses:

The EFF deputy president dug up an old tweet posted by finance minister Tito Mboweni in which he said government officials must stop promising people jobs without a clear plan of how they will be created.

The 2016 tweet from the minister reads: “Somebody please stop government officials from saying 'we will create 100,000 jobs this year'. From where? You're making life difficult for us.”

It isn't clear what had caused the minister to tweet this at the time.

Do you remember this @tito_mboweni? The current purchased head of state promised 800 000 in the immediate. pic.twitter.com/WUoMYhEsge

Some social media users joined Shivambu in calling out the government on its alleged failure to eradicate unemployment, while others said comparing the current unemployment crisis with four years ago was not justified.

In his address, Ramaphosa unveiled a R100bn unemployment stimulus package to create public sector jobs in the next three years.

“Large scale job interventions driven by the state and social partners have proven effective in many countries that have faced devastation from wars and other crises. We have committed R100bn over the next three years to create jobs through public and social employment as the labour market recovers.”

He said 300,000 of the 800,000 job opportunities would be given to unemployed matriculants to be hired as assistant teachers in public schools.

The opposition party said the president's plan "only exists in the imaginary world", and that it was out of touch with lived realities of South Africans who have lost jobs during the pandemic and lockdown.

"Ramaphosa could not even commit to a period when these jobs will be delivered. Instead, young and unemployed people must wait for the 'immediate term', as if that means anything."

The party said Ramaphosa failed to deliver the  jobs he had promised since he was elected president in 2018.

The ActionSA leader said the president "seems incapable of taking the tough reforms the economy needs, for fear of alienating factions within the governing party".

"It is unfortunate that in a time when our country and economy needs bold and decisive leadership, the president instead used the opportunity to rehash what has been said in the past. Our economy is in the state it is because more has been said than done.”

The Freedom Front Plus leader said there was nothing new from the president’s speech, except for the extension of the special Covid-19 grant.

Taking to social media, many South Africans said the plan was uninspiring. Some said the government needs to give specific dates of implementation for its plans to ensure accountability.

Here's a glimpse into the responses:

LISTEN | All you need to know about Ramaphosa's Economic Recovery Plan​

It's been 26 years of Democracy and we still have the same cities built by the Apartheid government. There's a whole lot of land for the ANC to build atleast new cities and create jobs. Look at how full and filthy Joburg is. Look at Pretoria(Sunnyside). NgiWrong?#cyrilramaphosa pic.twitter.com/iUNOkQfYNH

It's high time our government gives us a start date of their promises. This thing of saying we will, we are going, without a date doesn't help at all. We need something like " On the 15th of December we are starting with this project........#EconomicRecoveryPlan#cyrilramaphosa pic.twitter.com/i9dODAROQm

If you miss out on Public Address by #CyrilRamaphosa, you don't really miss out on anything significant.

Ramaphosa made the announcement in parliament on Thursday, where he tabled an “economic reconstruction and recovery plan” in response to the ...
Politics
1 year ago

Nkosazana Dlamini-Zuma said the extension of the national state of disaster will give the government time to introduce a progressive and ...
News
1 year ago