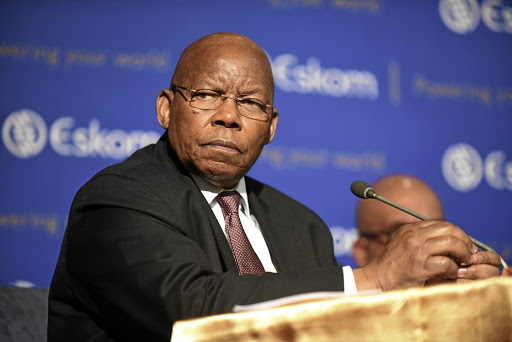 That was the charge levelled by former Eskom board chair Dr Ben Ngubane in his testimony at the commission of inquiry into state capture on Tuesday.

He defended decisions that were made during his tenure as chairperson. Among them was the appointment of Brian Molefe as CEO — an appointment predicted by Gupta family associate Salim Essa the previous year.

Ngubane said there was nothing amiss with Essa's prediction. “Among black people, there are very, very few black people with Mr Molefe's skills ... So it can be easy to predict someone's trajectory,” he said.

But commission evidence leader advocate Pule Seleka questioned this. “Somebody outside the cabinet, outside parliament, outside of SOEs, outside of your meetings with the minister ... had prophesied Mr Molefe a year before? That is strange,” argued Seleka.

Former Eskom board chairperson Ben Ngubane is back on Tuesday to make submissions at the commission of inquiry into state capture.
Politics
1 year ago

Ngubane maintained it could just have been a coincidence.

Molefe's controversial appointment has often made headlines. Ngubane told the commission his name had been suggested by former public enterprises minister Lynne Brown.

Seleka said, based on evidence before the commission, that at least two meetings had been held to discuss Molefe's appointment. One was at Ngubane's office but no minutes were taken. The other was at a Johannesburg restaurant where Essa was the “dominant figure who did most of the talking.”

Ngubane said the board was not opposed to Molefe's appointment because he had the skills and “proved” himself within days of his employment. Molefe, he added, did not want Eskom being exploited regarding coal supplies.

“He was stopping the exploitation of the people in this country.”

Molefe terminated agreements and negotiations around coal procurement. He insisted that the utility continue do business with Optimum. The Eskom board subsequently approved a prepayment for coal of R1.65bn for a year.

Ngubane said Glencore never cared about Eskom and were only interested in profits.

“There was a period when the export coal price was rocketing in dollars and every coal producer was trying to get into the international market. That time, Optimum Coal mine was washing its coal, taking out the best for export and giving rubbish to Eskom, even that rubbish was below the coal supplier agreement stipulated. This is when the issue of penalties started coming in.

“It's pathetic that big organisations like these, wealthy as they are, have totally abused us in SA to cream off all the wealth and take it overseas to their shareholders ... I think this was a really well-felt sensitivity in Eskom. Glencore and their subsidiaries were just interested in profit [regardless of] whether Eskom suffered damage because of the poor coal quality that was being burnt, they didn't care,” argued Ngubane.

Commission chair deputy chief justice Raymond Zondo asked Ngubane to respond to allegations there had been people who manipulated processes or used Eskom for their own agendas.

“Its quite disturbing. I think it’s a bigger problem we have as a country of governance,” responded Ngubane.

Eskom board members had less than 24 hours to individually make a decision on the pre-payment of coal procurement at R1.65bn per annum from ...
News
1 year ago

Eskom CEO Andre de Ruyter said the power utility had recovered more than R1bn from companies that played a role in state capture.
News
1 year ago

Mzansi reacts to Ben Ngubane's 'puppet' of the Guptas denial

Former Eskom board chairperson Ben Ngubane's return to the state capture inquiry has been the talk of social media after his explanation about his ...
Politics
1 year ago