'They've made it clear they are above the law & untouchable': Magashule trends for defending Zuma 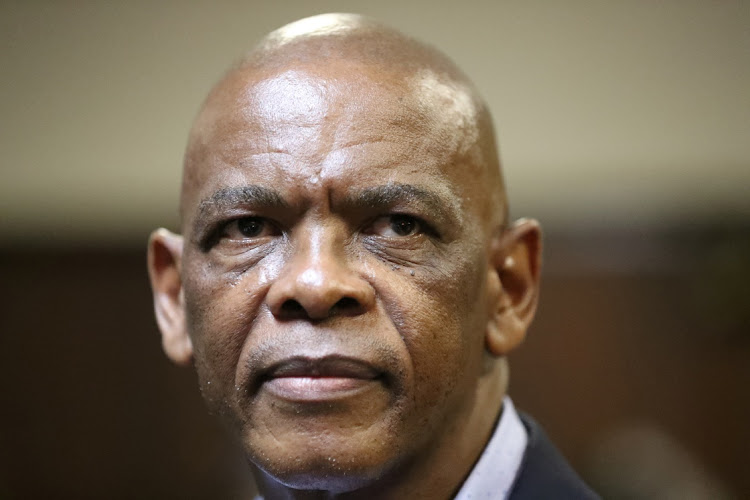 Ace Magashule has come out guns blazing, slamming those calling for the removal of former president Jacob Zuma from the ruling party.
Image: REUTERS/Siphiwe Sibeko

On Wednesday, Magashule came out guns blazing, slamming those calling for the removal of Zuma from the ruling party, saying they were seeking the media's attention.

Magashule said the ANC will not entertain calls for Zuma to be suspended from the party and that Zuma has done nothing wrong.

“What has Zuma done now? Just leave comrade Zuma alone. President Zuma is a South African. He has his own rights,” Magashule said.

ANC secretary-general Ace Magashule has slammed those calling for the removal of former president Jacob Zuma from the ruling party, describing them ...
Politics
1 year ago

Magashule's statement comes after Zuma publicly said he would defy a Constitutional Court order that he must appear before the state capture commission.

“There is no structure of the ANC, be it a province or region, which can call for Zuma to be disciplined. They are out of order. They are populists who always try to do this, and the ANC is quiet about these populists who like to appear in the media.” Ace said.

On social media, Magashule's stance on Zuma drew mixed reactions, with some saying the pair are “connected”.

Transport minister Fikile Mbalula said Magashule's position was a difficult job, because he doesn't have a view of his own, but "can't subvert principle for political expediency."

To be Anc SG is a difficult job you dont have a view of your own ,Gweede Mantashe did not agree with us on how we resloved on nkandla matters,But he will always defend anc desicions. SG cant subvert principle for political expediency.

He may be our elected Secretary General, but on this he cannot be speaking for the ANC. It is very, very wrong to defy the laws of our land (enacted by Parliament in which our ANC is the majority), and to show disdain for the Constitutional Court. https://t.co/8PP38pNsnd

Ace Magashule says Zuma has not done anything wrong by defying the apex court. But when the very same @Magashule_Ace needed employment, he took an oath to abide by the same Constitution for which today, he seems not to care for - when it is expedient for him to do so.

Trust Ace Magashule to stand his ground and not shake when he's ambushed.

If as Magashule says, it’s okay to disobey a ConCourt order, then surely it must then also be okay that we refuse to pay tax and we can ignore any order made in any court because we don’t believe it’s fair.

I’m watching Ace Magashule and thinking to myself abantu abadala are just stubborn maan. Not what he said just his body language 😤

These folks are frustrating, imagine having to deal with the whole lot on a regular basis 🥴

It is truly appalling to just sit and watch the likes of Ace Magashule and Zuma walk over our heads like they want. If the there’s one thing they have made clear to us is that: They are above the Law and are untouchable... and nobody can do anything about that! What a shame.

Ace Magashule Zuma is basically the constitution, he has his special right

'Dear Carl, you're on your own,' Ace Magashule tells Niehaus as ANC moves to suspend him

ANC secretary-general Ace Magashule has distanced himself from statements made by one of his most loyal supporters, MKMVA spokesperson Carl Niehaus.
Politics
1 year ago

It's Ramaphosa vs Magashule as ANC showdown looms in 2021

This year will test President Cyril Ramaphosa's grip on the ANC as his backers face off with his detractors in an escalating fight for control of the ...
News
1 year ago

The first meeting of the ANC’s national executive committee (NEC) in the new year will test whether the radical economic transformation (RET) ...
News
1 year ago