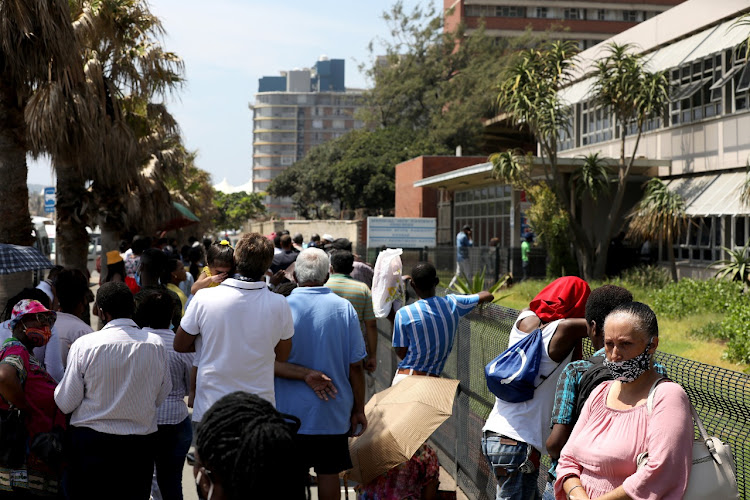 The IFP in KwaZulu-Natal is furious that the provincial health department spent almost R2.5m to fix faulty lifts at Addington Hospital in Durban.

The 142-year-old hospital has been plagued with issues regarding the facility's elevators, with health MEC Nomagugu Simelane-Zulu, having recently considered moving the hospital due to the “salt air”, which she claimed was the main contributing factor towards the rust.

IFP provincial spokesperson for health Ncamisile Nkwanyana reiterated the call for the hospital management to be fired and for the two service providers, Schindler Lifts SA and Otis, to be blacklisted.

Nkwanyana's call follows a response to a parliamentary question on how much the department had spent on the repair of faulty lifts at the hospital.

According to Simelane-Zulu's response, the department revealed that by October 31 it had paid R2,420,653.82 to Schindler Lifts SA and Otis.

In a statement on Wednesday, Nkwanyana said it is “outrageous” that such a large sum of money had been paid to these companies, which have proved to be “incompetent”.

“These companies have failed dismally in fixing lifts at Addington Hospital, yet they are being paid enormous sums. Serious questions should be asked as to why these two companies continue to be awarded tenders to fix lifts.”

She said the lifts at Addington Hospital become faulty “at any given moment”, putting the lives of patients and workers at risk.

Nkwanyana said the government continues to lose millions of rand while contractors in the province are not delivering as expected.

The IFP urged the provincial government to entrench performance-based systems for contracts, and to “move towards weeding out contractors who do shoddy work”.

She called on Simelane-Zulu to fire hospital management and blacklist the two service providers.

“They [management] continue to fail to manage the hospital efficiently, and to provide the level of care their patients deserve. This kind of ineptitude cannot be tolerated,” she said.

“Lastly, the IFP demands that Schindler Lifts SA and Otis must be blacklisted, and not be awarded any future tenders to fix lifts at any provincial health-care facility in KZN.”

TimesLIVE has reached out to the two lift companies but had not received a response at the time of publishing.

Scores of patients, many of whom didn't observe social distancing waited outside Durban’s Addington hospital on Monday.
News
4 months ago

Sixty-one staff including doctors, nurses and clerks have tested positive for Covid-19 at two hospitals in Durban in the past two weeks.
News
4 months ago

New KZN hospital keeps it in-house, as it warns of ‘cold-drink’ money offers

In a ‘unique’ move, the health department will not outsource certain services, while also investigating scams
News
6 months ago
Next Article