Ramaphosa to Zuma: I regret that you see me as a deceitful person 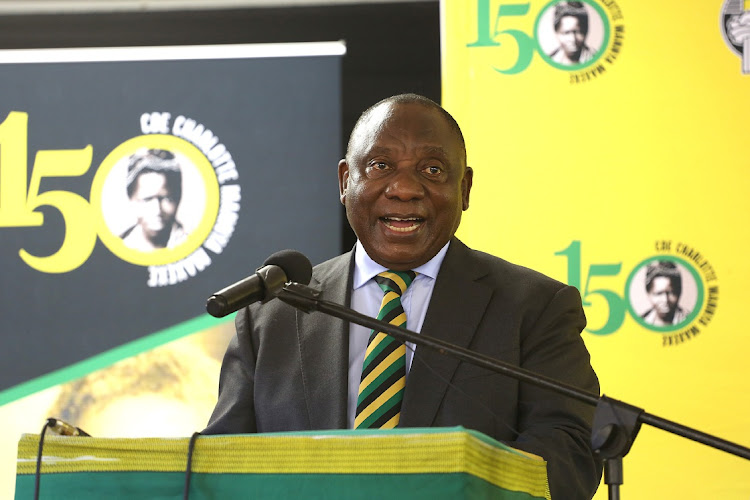 President Cyril Ramaphosa did not support the premature removal of his predecessor Jacob Zuma from office and views the former president as his leader and elder in the ANC.

This is revealed in a leaked recording in which Ramaphosa addresses Zuma’s feelings towards him, saying he knows the former president thinks he wants him jailed and that he regrets that Zuma sees him as a deceitful person.

“In your mind it’s possible you would say, 'Cyril Ramaphosa has always been against me and wanted me to go to jail. He has no support for me, for my legal cases,' and so on.

“That’s possibly your view, but I’d like to say — and I don’t even want to say you should believe me — that has never been my orientation,” Ramaphosa said in the one minute 48 second clip that emerged on Friday morning.

“I see you as my leader, as my elder in the ANC,” said Ramaphosa.

From ‘planted’ rape cases to Thuli Madonsela’s findings: Four claims Zuma made in his 23-page document

Former president Jacob Zuma has lifted the lid on what was allegedly said during his recent meeting with the ANC’s top six.
Politics
1 month ago

He then makes reference to Zuma’s predecessor, Thabo Mbeki, as “another leader who has never had a supportive disposition towards me”, saying despite this, he [Ramaphosa] and Zuma did not support the decision to remove him [Mbeki] from office in September 2008.

“Comrade Thabo is one such leader. Even as a view was taken that he should be taken out of the position, I am one of those, and you as well, who said no, it should not happen this way but in the end we lost the argument.

“You should remember how comrade Thabo was taken out. There were contrary voices, mine and yours and a few others’ voices, but we were overwhelmed. In this case as well as in your case, we were overwhelmed but I guess you believe I am deceitful and I am not to be trusted. I’m sorry that you see things in that way, comrade JZ,” he said.

A document leaked earlier this month which appeared to be a transcription of Zuma’s comments at last month’s meeting with the ANC’s top six leaders showed the former president had accused them of conspiring to see him jailed.

In a slew of complaints, he accused his comrades of having worked with the opposition to oust him and said the ANC did not support him. He also took a swipe at Ramaphosa for “unfairly and unjustifiably” stopping the funding of his criminal trial by the state.

Former president Jacob Zuma accused the ANC's top six of conspiring to see him behind bars during their virtual meeting last month.
Politics
1 month ago

It hasn’t spared the women’s league or military vets' association, so why would it be different for the youth league?
Politics
1 month ago

EDITORIAL | A desperate Zuma is playing the blame game