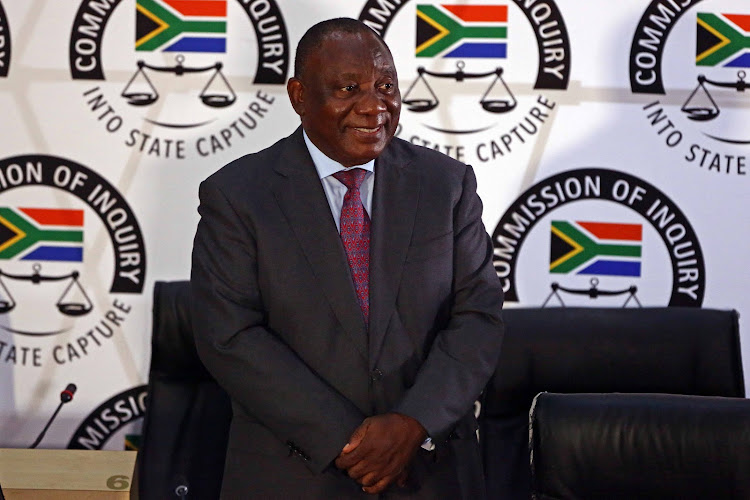 ANC president Cyril Ramaphosa has again defended his controversial CR17 campaign funding that catapulted him to the party's top job.

According to Ramaphosa, all was above board in the campaign towards the ANC Nasrec elective conference in 2017.

The talk that the money was used to buy votes, he said, was simply too far-fetched.

This is because every cent of his CR17 campaign, and what it was used for, was properly accounted for.

Ramaphosa said funds in the CR17 accounts were used to cover mainly transportation of CR17 supporters, airtime for campaign organisers and booking venues for cadre forum events that he addressed across the country.

“There has been a doubt that my election was bought, which is absolutely untrue and devoid of any truth,” said Ramaphosa.

For starters, said Ramaphosa, he was not actively involved in the raising of funds for his campaign.

This decision was taken by his campaign managers to “create a wall” between himself and the campaign.

As such, this was meant to protect Ramaphosa from “being beholden” to those who would have donated money to CR17.

Having him being at arm's length from CR17 funding also helped to scupper the hopes of those who might have donated expecting something in return.

As for the Bosasa donation that gave rise to the controversy surrounding CR17, Ramaphosa said his “colleague” who sourced the money told him it was from the company boss Gavin Watson's personal purse, not his companies.

“So when one of my colleagues approached one of the Watson brothers, whom he knew from a long time ago, to give money, he seems to have said, 'I want to you to give money from your own purse and not the company itself,'” said Ramaphosa.

“That is what I believe he seemed to have done. I was far away from finances. I did not want to know, so that I could never be beholden to the people who gave money to the campaign.”

Any suggestion that there was corruption in the CR17 funds was rejected, said Ramaphosa.

“Some of the money was paid into people’s accounts to pass on to others. In the end, there was nothing sinister and underhanded about the CR17 campaign.

“People say those who gave money wanted something in return. I would never allow that. Some of the people who donated, I got to know because they told me, but the majority I never knew.”

President Cyril Ramaphosa has joined a chorus of ANC leaders who have appeared at the Zondo commission saying that ANC MPs were driven by party line ...
Politics
7 months ago

Cyril’s new obsession: public servants who actually know how to do their jobs