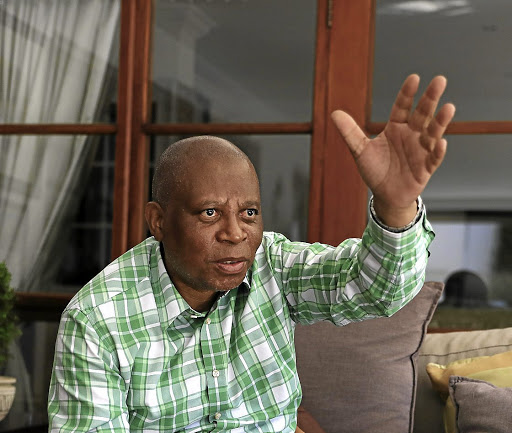 Action SA founder Herman Mashaba has received support on social media after his announcement about his candidacy for the position of the city of Johannesburg mayor next year.

Mashaba, who resigned as the mayor in October 2019, broke the news during a press briefing on Thursday.

“I am ready to work with every resident to get our Johannesburg working. Truth be told, when I left as a mayor a little over two years ago, I was disappointed that I was unable to complete the mission I had set out on, certainly not under the party I then worked with,” he said.

During his resignation announcement in 2019, Mashaba accused the DA of undermining his pro-poor agenda, among other reasons for his exit from the party. He claimed the DA insisted on prioritising the needs of suburban residents at the expense of the poor.

In his address on Thursday, Mashaba said he wants to continue where he left off.

Asked whether he would consider a coalition government, he said Action SA is gunning for the outright majority in the city but would consider working with other political parties except for the ANC.

The ANC took over the city after his resignation and installed Geoff Makhubo as mayor.

In a TimesLIVE poll on Thursday, 77% of responders said they would vote for Mashaba to be mayor of Joburg, while nearly 13% said he had left the city in a mess after his last tenure.

Nearly 10% said Action SA needs to prove itself on the ground first.

On social media, many said they would vote for him, while others said he had his chance and failed to impress.

Mmmm, one hopes he's grown a bit of thick skin and developed emotional intelligence while he was away.

He had a chance and nothing changed, we need fresh blood. Jozi needs a younger mayor with knowledge of local government.

@HermanMashaba you are indeed what thr city needs, how do i join the party

Looking forward to the outcome,will shows you that twitter is not reality

When Herman Mashaba was the mayor of the City of Johannesburg, he had a hands-on approach to his mayoralty and delivered basic services to those on the periphery of the economy and steered the city in the right direction. I am here for Herman Mashaba’s mayoralty

POLL | Herman Mashaba wants to run for Joburg mayor in 2021 — will you vote for him?

'Suspending Magashule is not enough': 5 reactions from politicians on step-aside saga

Politicians have weighed in on the temporary suspension of the ruling party's secretary-general Ace Magashule.
Politics
8 months ago

Minister Lindiwe Sisulu says the Cuban engineers will work in the rural areas, "where there has not been water, where nobody has come forward to say ...
Politics
8 months ago