Gwede Mantashe graduates with an MBA 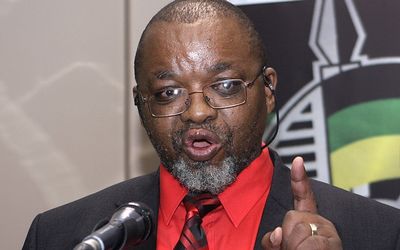 Mantashe, 65, managed to juggle his time between government, party and school work to achieve his master's at Mancosa. His studies coincided with turbulent times in his party, the ANC, where he functions as the national chairperson. The party was dealing with internal battles related to the step-aside resolution which has led to several leaders vacating their positions.

Mantashe said the MBA required discipline more than intelligence as well as hard work and ability to meet deadlines.

“When you achieve your MBA, you don’t feel the length of the journey, you enjoy the qualification and you go about telling people that I’ve got a new qualification, the MBA. It takes courage and it’s quite an important qualification,” Mantashe said.

I have successfully completed the Master of Business Administration with MANCOSA. pic.twitter.com/JRgBHXJQV7

Because of Covid-19 Mantashe graduated virtually from the comfort of his home. He used his graduation speech to encourage young people to study.

“For young people and other people who want to do it I would encourage them to do that because it will give them tools of execution which is what the strength of the MBA is rather than theory.”

He was congratulated by many South Africans on social media including his colleagues whom he serves with in the cabinet. Transport minister Fikile Mbalula tweeted: “Viva! Mzholo Viva! Well done.”

Tourism minister Mmamoloko Kubayi-Ngubane tweeted: “Congratulations @GwedeMantashe1 the National Chairperson of the ANC, Co-Chairperson of Economic Cluster in Cabinet, the Minister of Mineral Resources and Energy on his Academic Achievement of an MBA. Proud Moment”.

ANC chairperson Gwede Mantashe has dismissed calls for health minister Zweli Mkhize to be relinquished of his position until the Special ...
Politics
3 weeks ago

Gwede, stop keeping us in the dark about self-generated electricity

In April, Mantashe proposed the embedded generation threshold be upped, yet here we are near winter and in the mire
News
3 weeks ago

Mineral resources & energy minister Gwede Mantashe has told business that allowing entities to generate their own electricity beyond 10MW and sell it ...
News
1 month ago

Mineral resources and energy minister Gwede Mantashe has denied involvement of his wife in the awarding of a multibillion-rand tender for the supply ...
Politics
1 month ago