Good move or a waste of time? SA weighs in on IEC's plans for local government elections 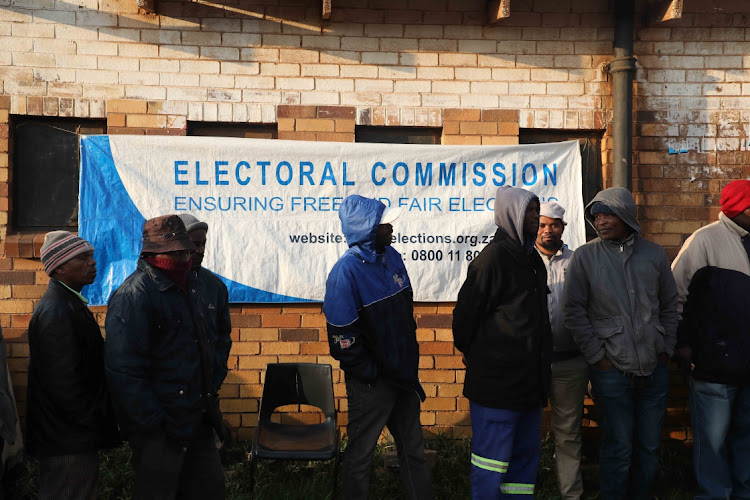 The IEC will approach the highest court in the land in a bid to postpone local government elections.
Image: THULANI MBELE

The Electoral Commission's (IEC) progress with preparations for this year's local government elections has met with wide-ranging reactions online.

On Wednesday, the commission detailed its plan after the proclamation of the elections by the minister of co-operative governance and traditional affairs Nkosazana Dlamini-Zuma.

The proclamation follows legally-sanctioned consultation processes between Dlamini-Zuma and the commission.

The IEC said the proclamation triggers the requirement for the commission to publish an election timetable.

The election timetable spans 85 days and lays down the key dates and deadlines for various electoral milestones until Oct. 27.

TheIEC also made a legal bid to postpone the vote to February next year.

“The first legal consequence of the proclamation is to close the voters’ roll for the purposes of the election,” said the IEC.

“This means no new voters may be admitted to the voters’ roll for the proclaimed election date. This is inclusive of all forms of registration that is both physical as well as electronic registrations.”

The IEC said the proclamation of the election date opened the candidate nomination process and this window period will conclude on Aug. 23.

During her briefing this week, Dlamini-Zuma said by law, the local government elections were still set for Oct. 27 until a court ordered otherwise.

“The minister is not empowered to postpone the elections to a date beyond 90 days after the expiry of the term of the municipal councils, as prescribed by section 159(2) of the constitution,” she said.

“What we say without any doubt is that the minister is bound to fulfil her constitutional and statutory obligations to timeously proclaim the election date for the elections.

Dlamini-Zuma said in gazetting the date for the elections, the government was in no way seeking to contradict the Moseneke Inquiry's conclusion or the IEC’s contemplated actions.

On social media, many expressed different opinions on the IEC's progress on the preparations.

I quite honestly do not see this being successful. Say the CC agrees. A Constitutional amendment would still be required. Parliament amends the Constitution. Said amendment would need 75% MPs to be in support to pass. The ANC does not agree with a postponement. A barren harvest. https://t.co/gFyDG8ddBS

These are two great Advocates.
But only the recommendations of Adv Mkhwebane, the Public Protector are binding.
We note the Recommendations of Justice Moseneke with great respect, but it's unconstitutional to hold LGE elections beyond 90 days after expiration of term of office. pic.twitter.com/c6bDBTXBVR

So..the voter's roll ahs been locked. Fine. We cannot register any members on the IEC or at the IEC until the voter's roll reopens. Mmm. No-one can vote if you are not registered. WHAT? But it is free and fair elections? Just asking.🤡

I always have many questions.

But I'll just ask 1... Can the IEC confidently say it gave everyone who is eligible to vote a fair chance to register to do so?
This question is based on the assumption that all else fails and elections are held on 27 October. https://t.co/sIfxfjveXK

IEC must have double voting system electronic and paper based . learn from SARS and introduce system that those who have access can vote electronically and those that cannot will be provided manually opportunity . We need change and service delivery. #Outvote_Ourrights

Not saying they are blameless, but once the Minister publishes the notice the IEC has no discretion to keep the voters' roll open:https://t.co/7JwQT0d7SI pic.twitter.com/VR3wItjlHN

This postponement of Local Government Elections and approaching the courts while there is a date in the Gazette places the IEC in a difficult position. They now have to rollout elections preparedness activities, publish voters' roll& accept nominations from parties.

If the Local Government Elections are to be postponed, then a Feb election date is impractical for parties and voters - predictions of a 4th wave in Nov/Dec into Jan will cause the inability of parties to campaign and reach voters.
- Kenneth Meshoe .MPhttps://t.co/Uuiu0IJ2OY

DCJ Moseneke's recommendation to the IEC to seek a postponement 'to Feb at the latest', is precisely that - a recommendation, not an instruction.
The ACDP and many other parties informed the IEC that a Feb election date is impractical for free and fair campaigning in Dec & Jan.

Cogta minister Nkosazana Dlamini-Zuma said government would abide by any court decision on whether the local government elections should go ahead.
Politics
3 months ago

The Electoral Commission has officially launched a bid in the Constitutional Court to postpone the fifth local government elections.
Politics
3 months ago

The Electoral Commission of SA says amending the constitution is an impractical solution to postpone elections.
Politics
3 months ago