Gogo gifted with R10,000 shopping voucher by ANC vows she will vote for Mandela 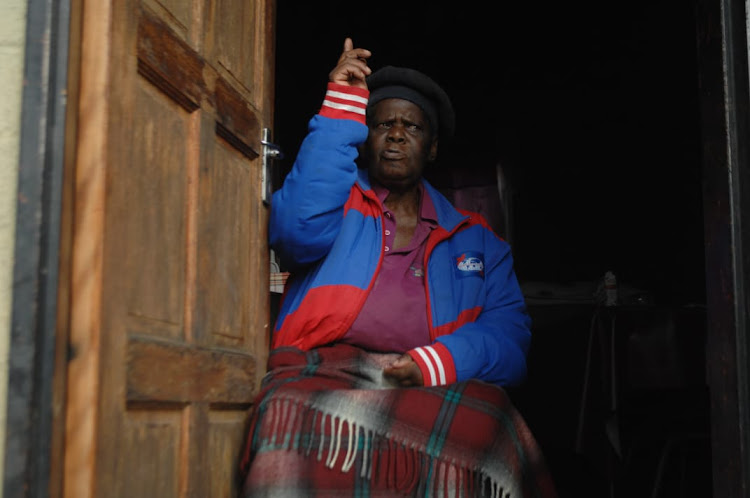 Lisebo Molefe of Makwane in the Free State received a shopping voucher from the ANC after telling the party's leader about her suffering.
Image: Ziphozonke Lushaba

“The ANC here is led by thugs who are stealing. It makes me sad because Nelson Mandela sacrificed his family to fight for our freedom.”

These were the words of Lisebo Molefe of Makwane in Phuthaditjhaba, Free State, on Sunday following a surprise visit by ANC president Cyril Ramaphosa.

“Mandela went to prison for many years to give us freedom, this RDP house and social grants, unlike [former president Jacob] Zuma who messed up and refused to take responsibility for his actions.

“I love the ANC because of ntate Mandela and will never vote for another party because that would be tantamount to a churchgoer leaving their church, hoping to see Jesus in the next one they join,” the 75-year-old granny told TimesLIVE.

Molefe complained to Ramaphosa about joblessness among young people in the community, saying two of her own children were unemployed.

Because of this, her social grant money was feeding her grandchildren, something that would not happen had their parents been employed.

The ANC, in an intervention measure to relieve Molefe’s plight, left her with a Checkers shopping voucher card worth R10,000.

Molefe also told Ramaphosa about poor service delivery in the Free State town that falls under the shambolic Maluti-a-Phofung municipality.

“I am very happy chose to visit me of all people. I made sure to tell him everything about my suffering,” she said.

“What hurts me most is that our children are not working, I told ntate Ramaphosa, and also that my grandchildren and their friends whose parents are facing the same plight help themselves to all the food when I am sleeping. The sugar I buy does not last me a month.

“That is not good and my health is not okay, but these things would not happen if their parents were working. Ntate Ramaphosa said he will do something about it.”

Ramaphosa said: “I just came out of Mma Molefe’s house. She was pleased to meet me, saying she was hopeful this community’s problems will finally get attention, and I agreed.

“She said there are water problems here, poor service delivery in this community and bad roads, and I saw the roads for myself.

“She told me their children are battling unemployment. I told her I came here so we can have a conversation on how best we can resolve this community’s problems.”

Ramaphosa said Molefe offered solutions, chief among those being having competent councillors and a functional municipality.

Molefe complained, said Ramaphosa, that “those at the municipal offices are stealing” to the detriment of the people.

“She affirmed her love for the ANC and that she has been voting for the party since Mandela and will never vote for anyone else.” 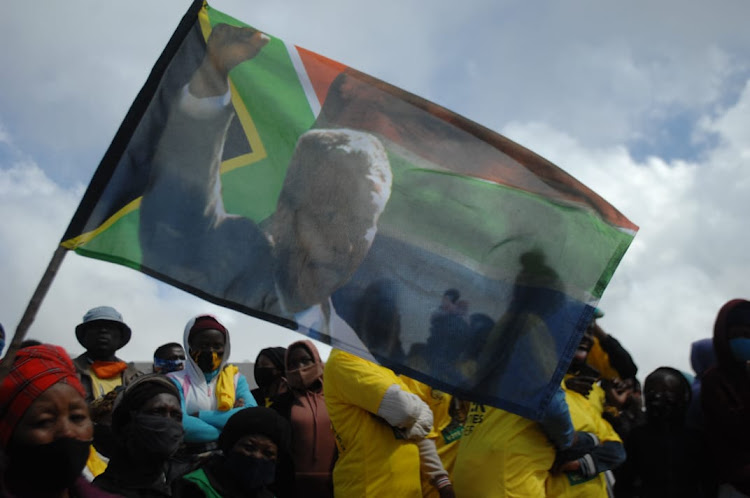 Lisebo Molefe says she will never abandon the ANC because of Nelson Mandela's sacrifices for freedom and democracy from which she is benefitting.
Image: Ziphozonke Lushaba

Ramaphosa made an undertaking to Molefe that the ANC was undergoing a renewal process.

As part of the process, corrupt ANC leaders were being chucked out of the party “one by one”.

“We are cleansing our organisation and we want to take it back to one of the glory days known by Mma Molefe for working for the people.”

Ramaphosa addressed four community meetings in the municipality, all of which drew numbers not seen before anywhere since the ANC local government elections campaign trail kicked off.

The Free State has long been an ANC stronghold, but most of the province’s municipalities have largely been dysfunctional owing to internal divisions.

In Maluti-a-Phofung, the ANC two years ago fired 16 councillors who had voted with the opposition to remove an allegedly corrupt ANC mayor.

The ANC dispatched its two high-ranking party leaders to the area, with deputy president David Mabuza canvassing for votes in the same area five days ago.

Ramaphosa said he was positive victory was certain for the ANC in Maluti-a-Phofung, especially after the positive response to his visit.

IN PICS | Ramaphosa takes election campaign to Magashule's home base

Julius Malema plays Father Christmas as he begs for votes

The EFF leader has been making unrealistic promises to communities he visited in the last two weeks, notes Mawande Amashabalala.
Opinion & Analysis
1 month ago