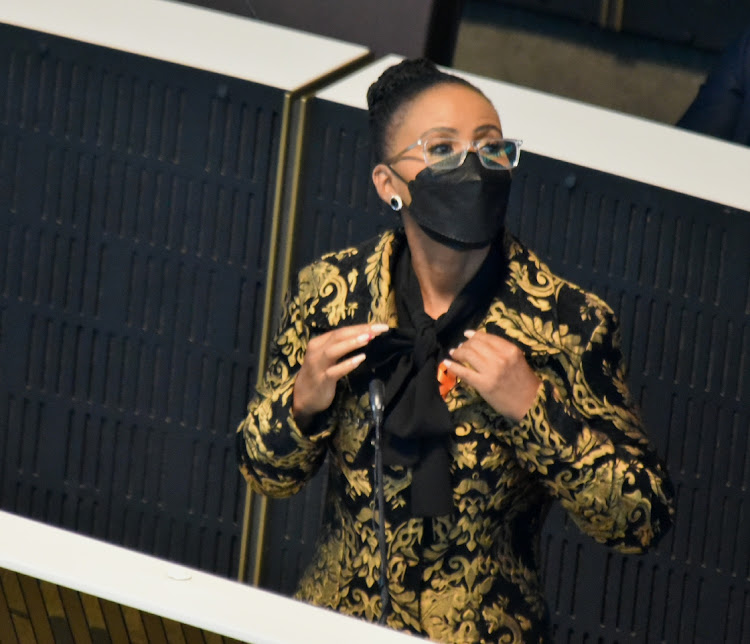 Nearly two weeks after being elected as Joburg mayor, Mpho Phalatse says she is determined to pick the right mix of candidates to serve as MMCs.
Image: Freddy Mavunda

Nearly two weeks after being elected mayor of SA’s richest municipality, Mpho Phalatse is determined to pick the right mix of candidates to serve as members of the mayoral management committee.

These individuals must be willing to work hard to deliver basic services to communities and bring about stability for the next five years, the mayor said on Thursday.

This comes after councillors from opposition parties raised concern during the second council meeting over Phalatse’s silence on the new mayoral committee, a move they said was unprecedented.

Phalatse quickly shut them down, saying her election as mayor was equally unprecedented and so would be the process to elect her team. She admitted to being in conversation with several parties in a bid to form a formal majority coalition government to run the city.

“The reason it took a bit longer for the DA, or for myself as the executive mayor, to announce the mayoral committee is exactly in recognition of the fact that we did not get an outright majority.

“Joburg needs a stable council that can take it forward  in the next five years and if we are going to have to pay a small price at the beginning of the term, to get the right mix of parties  in place that can form a majority coalition government so that we can stabilise this environment, and not see the stop and goes that we saw in the last term, then so be it.”

Phalatse became the first black female mayor through the support of the EFF and ActionSA, among other parties who voted against the ANC's candidate Mpho Moerane after the November 1 local government elections.

Both the ANC and DA failed to secure a majority of the votes, making the metro one of the country’s 61 hung municipalities. The ANC secured 91 seats, the DA 71,  ActionSA 44 seats and the EFF 29.

“We are well aware that this is unprecedented, but it is also unprecedented that you have a party with 71 seats getting the mayorship, and so this is part and parcel of the new democratic era that we are in.”

Given that the DA mayors were elected with the support of opposition parties, it remains to be seen if they will they share the spoils, particularly in the critical positions including MMC for finance.

Joburg was the first Gauteng metro to schedule a second council meeting which saw the mayor present her acceptance speech. Ekurhuleni and Tshwane metros, which were also won by the DA with opposition support, are yet to have their meeting and announcement of MMCs.

Councillors rallied behind Phalatse’s acceptance speech and pleaded with her to clean up the city and return it to its former glory.

“I am really excited and encouraged by the passion that we’ve all also shown for our beloved city, the commitment that we’ve shown towards our shared vision to see the city in a much better place.

“This is going to be an exciting five years, not only for us as councillors, but also for the people we serve,” she said.

Phalatse revealed that the DA and several opposition parties  had agreed on several “non-negotiable” principles. These included fairness to all, customer focus and flexibility, and  transparency and accountability in governance.

“We must ensure great accountability and ensure that spending reflects the real needs of our citizens,” said Phalatse.

It was important to rebuild the public’s trust in the city, she said, and this would be achieved by the delivery of quality services to all residents, prioritising safety, and getting the city to be pro-business and to create jobs.

Johannesburg mayor Mpho Phalatse has expressed her concern about the new Covid-19 variant reported this week.
News
5 months ago

SA’s largest city has its first woman mayor. Mpho Phalatse says she is more than ready to take on this daunting task, writes Mawande AmaShabalala.
Opinion & Analysis
5 months ago