South Africans are not xenophobic, Ramaphosa says at launch of vaccine factory 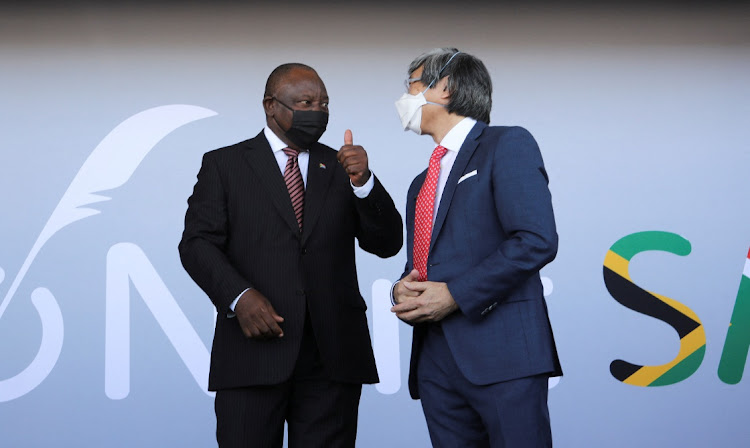 As proof, he pointed to the number of academics and students from other African countries studying and working at SA universities.

He was speaking at the launch of the NantSA facility in Brackenfell, Cape Town, on Wednesday. The vaccine-manufacturing facility was established by billionaire Patrick Soon-Shiong.

Ramaphosa was asked how SA will market the facility to the rest of the continent, considering that South Africans are perceived to be xenophobic in many quarters.

The president said the notion is incorrect and said SA has “a pan-Africanist approach”.

“We appreciate, recognise and embrace the role played by scientists, academics and many of our universities ... from various African countries,” said Ramaphosa.

SA is reconsidering the national state of disaster as the rate of Covid-19 infections dip, President Cyril Ramaphosa said on Wednesday.
Politics
4 months ago

“Added to that is that we have become a magnet, a hub for students from other African countries, who come to study here and they get scholarships, and they get support and assistance. This notion that we are xenophobic is debunked because we are not.

He said sometimes South Africans could be inward-looking.

“Sometimes we become too focused on what his happening in our own country. We need to look at the continent in its totality, in a way that deals with people from various countries on our continent and embrace people from other countries.

“I am particularly proud that we are pan-Africanist. In fact, in our advocacy for self-reliance when it comes to the manufacturing of vaccines, we have been leading the charge that other countries on our continent should have the capability to manufacture vaccines and also to develop the skills that are necessary ... So South Africans are not xenophobic. South Africans embrace people from other countries and we shall continue to do so.”

POLL | What do you think of Malema’s decision to assess the nationality of workers?

‘His Excellency’ did a passable job in French Africa, but it was far from excellent

While President Ramaphosa was doing a jig in Ghana, problems at home mounted to a fever pitch, writes Barney Mthombothi.
Opinion & Analysis
5 months ago

‘We are not xenophobic’, Cyril Ramaphosa tells fellow Africans

'We have been very welcoming to our nationals from other parts of the world.'
Politics
5 months ago