Four cops being probed for security breach during parliament blaze

Police top brass on Friday confirmed they were investigating a security breach that occurred when a fire gutted the parliamentary precinct on January 2.

“We are running two parallel processes, one that is criminal and departmentally, which is looking at the security breach from the SAPS point of view. A departmental investigation has been instituted against four members of the SAPS who were on duty on December 31 2021 following the security breach,” said SAPS head of protection and security services Lt-Gen Sam Shitlabane. 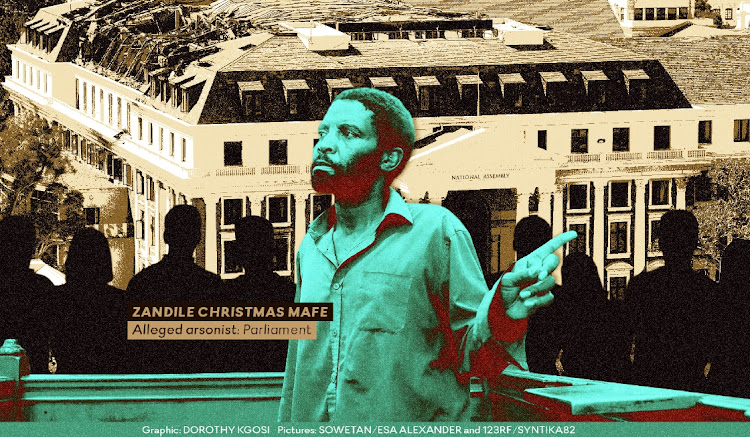 The police have confirmed they are investigating four police members for a security breach when fire gutted parliament on January 2 2022.
Image: Dorothy Kgosi

Shitlabane and police minister Bheki Cele, together with public works minister Patricia de Lille, appeared before parliament's standing committee on finance management to give a report on the police's role in providing security to the national key point.

The committee also received a briefing from the City of Cape Town’s chief fire officer Ian Schnetler on initial observations made by the fire department.

Shitlabane told MPs: “The [four] people would have had disciplinary action [taken] against them. There is a relief commander that was on duty, which is clearly specified in terms of his or her responsibility, as well as the three members posted in the two monitoring rooms in Tuynhuys and Plein Street.

RECORDED | SAPS on its role in providing security at parliament

SAPS is reporting on Friday on its role in providing security at the parliamentary precinct in Cape Town in light of the devastating fire at the ...
Politics
3 months ago

“At the time the time of the incident, the Parliament Protection Services [PPS] was on compulsory leave, meaning that we did not have the advantage of being able to see what is happening inside the parliament, being the National Assembly or any other building, because that is monitored by Parliament Protection Services and not the police. The police are responsible for monitoring the external cameras.”

Shitlabane told MPs that the fire alarm in parliament never went off at the City of Cape Town’s fire department.

“The static members on duty on January 2 were the ones who had to mobilise the fire department to come after that scene had smoke. The fire alarm only went off when the fire brigade was already on the scene.”

On the internal investigation, Shitlabane said there is a process of holistically looking at the process flow leading to the fire.

“After we are finished with that report, we will have an indication of where are the gaps and failures in the system.

“The assessment will provide insight into the level of compliance by various government institutions relevant to the administrative, procedural and regulatory requirements in respect to the parliamentary complex.”

Parliament's portfolio committee on justice and correctional services has resolved to summon the public works and infrastructure department to ...
Politics
3 months ago

He also revealed that parliament had two cameras operating. “The ones that are outside, which are the ones we are monitoring, the external cameras are analogue, which don’t have infrared systems and are poor in terms of being able to identify any intrusion.”

Another inhibiting factor, said Shitlabane, was that there are three monitoring rooms which are not integrated.

The lack of integration of these three systems will ultimately “leave gaps within the system”.

He said the police have established a multidisciplinary plan to enhance security in parliament.

In his post-incident report, Schnetler, who was at the scene, said his members arrived at 6.18am on Sunday, when they encountered a fire on the third floor in the old assembly section.

A month on, engineers still haven’t been appointed to assess parly blaze damage

“Within two minutes of that, they requested extra resources and by 6.45am there were six fire engine crews on scene, who encountered difficulties in accessing the building and had to make a forced entry on the old assembly side and commenced firefighting activities throughout that day,” he said.

On Monday afternoon between 4pm and 5pm, Schnetler said the fire in the roof of the National Assembly spread and by 9.30pm that evening, the fire was brought under control.

“The firefighting and monitoring operations continued into Tuesday and Wednesday, after which the building was officially handed over to the SAPS forensics department and all of our crew withdrew on Wednesday January 5.”

Schnetler said fire safety officers conducted observations which found that, “with regard to the fire alarm and sprinkler system, did not appear to operate and they also could not establish with regards to the sprinkler systems whether they had been activated or not.

“Throughout the firefighting operations it appeared that they did not activate. Those were the two main findings with regards to the fire safety observations in terms of the building itself.”

It was also established that some of the fire escape doors had been left opened, “that would at times have assisted in spreading the fire”.

'The first head to roll must be De Lille’s': MPs demand accountability for fire in parliament

Seething MPs on Friday called for an independent forensic investigation to determine the cause of the fire that gutted the National Assembly ...
Politics
4 months ago

The man accused of torching parliament on January 2 will have to wait another week for his much-anticipated bail hearing.
News
4 months ago

WATCH | Portrait of an alleged arsonist: What we know about Zandile Mafe

Zandile Mafe's court case has gripped the nation since he was arrested on January 2. Who is the man who is accused of setting fire to parliamentary ...
Video & Podcasts
4 months ago