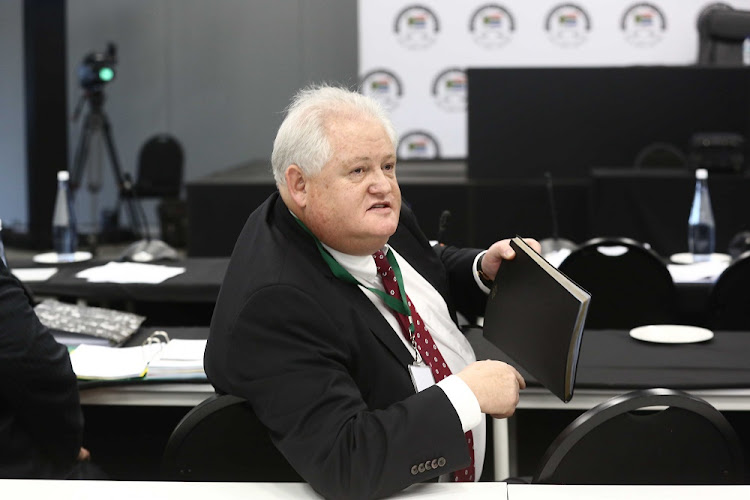 The state capture commission has asked for further investigation into the identities of those within the National Prosecuting Authority (NPA) who leaked confidential documents relating to investigations into Bosasa to people outside the organisation.

The commission made this recommendation after testimony by former Bosasa COO Angelo Agrizzi, who alleged that he and the late Bosasa CEO Gavin Watson made monthly payments to former correctional services commissioner Linda Mti.

The payments, alleged Agrizzi, included payments to Mti and other sums of money that he was supposed to pass on to former acting national director of public prosecutions (ANDPP) Nomgcobo Jiba and two other officials in the NPA.

Agrizzi alleged that, in return, Bosasa was provided with documents and information regarding ongoing investigations into the company, as well as interference with the investigation and possible future prosecutions.

Agrizzi said he was not present when the bribes were allegedly made by Mti to Jiba, her NPA colleague, former specialised commercial crimes unit head advocate Lawrence Mrwebi, and Jiba's secretary Jacobeth Lepinka.

Jiba denied ever receiving bribes from Mti or anyone else. She also denied having supplied the documents to Mti or any Bosasa officials.

In his affidavit before the commission, Agrizzi attached 12 documents which he alleged were given to him by Mti, who informed Agrizzi he had received the documents from Jiba and people within the NPA.

“Mr Agrizzi’s evidence with regard to the alleged payment of bribes to, and the provision of confidential documents and information by Adv Jiba, Adv Mrwebi and Ms Lepinka is hearsay,” the commission said in its report.

The commission said Jiba also resolved not to persist with her application to cross-examine Agrizzi.

The commission said there were certain aspects of Jiba's and Lepinka’s versions of events that were of concern.

It states that one of the documents provided by Agrizzi to Mti was an e-mail addressed by Lepinka, dated November 22 2012, in which Lepinka speaks on behalf of the acting national director of public prosecutions, who at the time would have been Jiba.

Lepinka conveys the acting director's complaint that reports submitted to her in connection with a number of listed cases, including Bosasa,  “were not in line with what she requested”.

The commission said that Lepinka wrote that Jiba said of the Bosasa investigation that “the matter has been investigated for many years and from the submitted reports it is clear there is no evidence and or prospect of a successful prosecution”.

It also said the evidence of Bosasa prosecutor advocate Marijke de Kock established that confidential NPA documents were indeed being leaked to Bosasa regularly and on a significant scale.

“This evidence tends to provide some corroboration of Mr Agrizzi’s hearsay evidence. It does not take it to the level of proof on a balance of probabilities but is sufficient to establish reasonable grounds for suspecting that the conduct occurred.

“These elements of corroboration are confined to Adv Jiba and Ms Lepinka.”

The commission said there was a reasonable prospect that further investigation may uncover a prima facie case of defeating the ends of justice and other possible breaches of the NPA Act.

“There is not enough evidence to direct the investigation to any particular person but it is important to establish the person or people who leaked the confidential documents.”

The 900-page Zondo commission report on Bosasa contains a long list of those who should be investigated for organised crime, corruption and fraud.
Politics
4 months ago