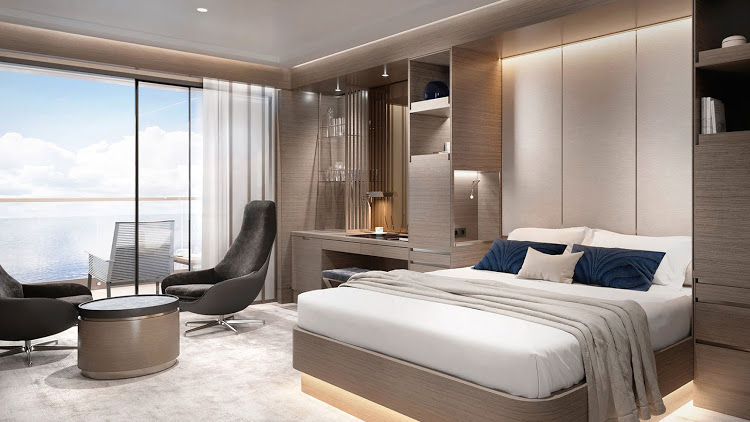 If your lifestyle is way above your salary, somebody will come sniffing around.
Image: Ritz-Carlton Yacht Collection

“You better disclose, because we are checking.”

This is the warning by chief director of the public administration ethics, integrity and disciplinary technical assistance unit (TAU), Dr Salomon Hoogenraad-Vermaak, to more than a million public servants as lifestyle audits get under way.

In his 2018 state of the nation address, President Cyril Ramaphosa said the time had come to conduct lifestyle audits on all “people who occupy positions of responsibility, starting with members of the executive”.

The following year, Ramaphosa issued a proclamation to establish the department which Hoogenraad-Vermaak now heads.

Hoogenraad-Vermaak, who was part of a task team that decided how lifestyle audits will be conducted on 1.3-million public servants, said the process officially kicked off on April 1 2021, after the minister made the process compulsory.

“In October we sent departments a circular and said at the end of January we want to see how far you are with implementation of the lifestyle audits. We found that 16 national departments did audits,” he told TimesLIVE.

The process got under way with lifestyle reviews which were followed by the verification of information, looking at databases. Where wrongdoing was picked up, it was referred for further investigation.

“Some of them are still busy with the reviews but at a national level we received feedback from only one department [small business and development] which investigated seven colleagues who were accused of fraud. Five have been dismissed,” he said.

“We found that of the 17 provincial departments in the Western Cape the department of health and the provincial treasury found individuals who needed to be investigated.

“There are 743 non-senior managers in the department of health who were referred to investigations for conflict of interest — not to say that they are criminals.

“In the provincial treasury, three senior managers were referred for investigation,” he said.

Conducting lifestyle audits is not easy, he admitted.

“Before starting with lifestyle audits, you need to prepare the environment and it’s not a quick thing.”

Hoogenraad-Vermaak said the department began its work by amending the public service regulations to allow it to take action against wrongdoing.

“We needed ethics officers and ethics committees which we call ethics infrastructure ...”

In addition, he said they needed to bring into the public service regulations an obligation to report wrongdoing and provide protection for whistle-blowers.

He explained: “The department also had to look where it’s allowed to conduct lifestyle audits — covered in the Public Service Act which says the head of a department shall analyse ethics and corruption risks as part of the departments’ risk management.”

Thereafter, they need to develop and implement an ethics management strategy that deters unethical conduct and acts on corruption.

“Lifestyle audit is just a risk management tool which you perform to establish whether a person is living beyond his or her means, has unexplained wealth or if there are other conflicts. The DPSA’s mandate only extends to the public service, which is the national and provincial departments. Not included are SOEs, the cabinet, premiers and mayors.”

The department is busy with the Public Administration Management Act which will allow it to move into municipalities, said Hoogenraad-Vermaak.

Once the department was ready to roll out the audits it sat with Directorate for Priority Crime Investigations, the Financial Intelligence Centre, South African Revenue Services (Sars), State Security Agency and National Treasury to get support once the work commenced.

“We have a dedicated person in the DPCI heading a unit that will only look into corruption involving public servants.”

Explaining the process he said: “Lifestyle reviews are given to between 370 and 390 ethics officers across all national and provincial departments. Their task is to look at the financial disclosure system because there is a specific time that public servants must disclose...”

Public servants have to declare assets like the value of their vehicles, property, trust accounts, serving on boards, other remunerative work, shares, loan accounts and directorships at companies.

“The ethics officer will then scrutinise this information and will also compare with the internal information which is then verified. If the ethics officer picks up nondisclosure and wrongdoing, the public servant is asked for an explanation and if they fail to do so the process is moved to the next level, which is lifestyle investigation.”

Ethics officers then use all the tools at their disposal and if found that there are further anomalies and clear signs of corruption, the matter is referred to the police and his unit.

“That is when we engage with the DPCI, who are at the government fraud serious commercial crimes investigations directorate. If they find reason for concern, then only if it is a complex case and there are a lot of properties involved and things are not clear, then we rope in a qualified auditor to audit the case with the assistance of the investigators to ensure that the matter is taken to court.”

Now there are no cases which have been referred to the police for further investigation. As a result, South Africans will have to wait a little longer for results.

“Criminals always find a way to protect themselves. They are clever, they are always running ahead of the law, so with lifestyle audits alone, you cannot really only tackle them with that.”

The individuals or companies are not allowed to do business with the state in any capacity.
Politics
2 months ago

'ANC is a crime syndicate masquerading as a political party’: DA and UDM weigh in on Zondo report

Opposition parties said the three reports released so far confirm that the ANC itself is the true cause of state capture in SA and should be removed ...
Politics
2 months ago