High court erred in its decision, says Ace Magashule as he launches another court bid 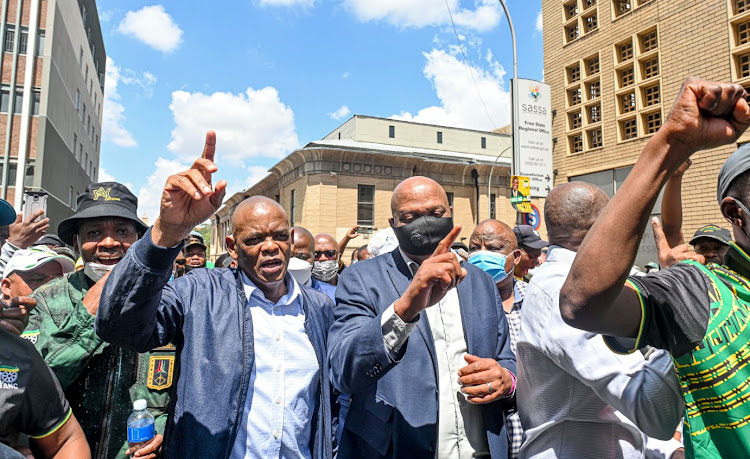 Embattled ANC secretary-general Ace Magashule says the high court in Bloemfontein erred in its decision to dismiss his bid to have his charges in the Free State asbestos case dropped before trial.

In papers filed on Thursday, Magashule said he intended to apply for leave to appeal against the entire judgment and order.

, Magashule argued that Naidoo also did not deal with the state’s striking out application concerning certain portions of his founding and replying affidavits.

“Counsel for the applicant made submissions to dismiss the state’s striking out application, yet the order and judgments are silent in this regard.”

— The court to declare that the state had not complied with section 27 of the Prevention and Combating of Corrupt Activities  Act 12 of 2004.

— The court to declare that his former PA Moroadi Cholota was never a state witness, alternatively  a defence witness.

— Declaring that the state does not have a prima facie case against him, capable of sustaining a successful prosecution.

In dismissing the application, Naidoo said: “In my view these are civil motion proceedings, where if the “Plascon-Evans Rule were to be applied, the matter should be decided on the respondent’s version that the applicant agrees with or does not dispute.

“From what I have said, it is obvious that there are serious disputes of fact which cannot be resolved on these papers. For these and all other reasons I have set out above, it is not appropriate for this court to entertain these applications and they must each fail.”

Magashule wants leave to appeal to the Supreme Court of Appeal.

The suspended ANC secretary-general wants his cases struck off the roll, but he will have to wait until April for clarity
Politics
4 months ago

Ace Magashule's former personal assistant, Moroadi Cholota, has refused to implicate her ex-boss in a tender scandal. A warrant is now out for her ...
News
7 months ago

The suspended ANC secretary-general has accused the NPA of delaying tactics, saying his trial is a political plot
Politics
10 months ago