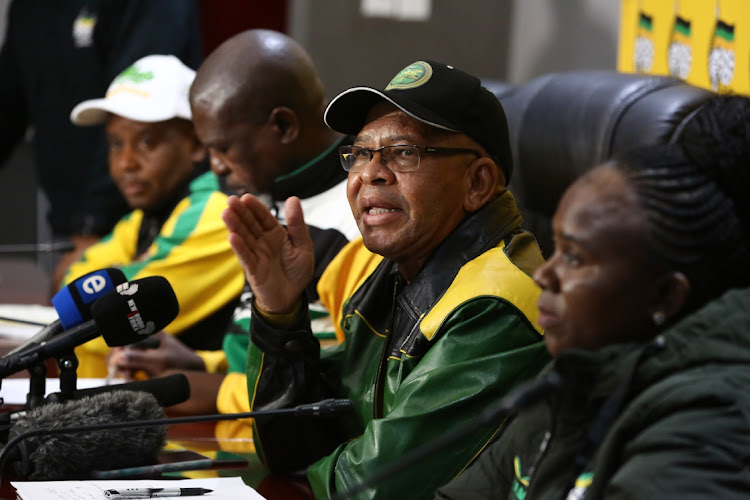 Security is tight at The Ranch resort outside Polokwane, where the ANC Limpopo conference is due to start.

Provincial chairperson Stan Mathabatha said strict security measures were put in place to protect government officials who are delegates at the conference.

Only those accredited to be at the venue are allowed inside The Ranch. These include voting delegates, conference guests and members of the media.

At the entrance, there are five checkpoints within a 500m distance, including two at the conference hall manned by private security and dozens of police officers.

All cars making their way into the venue were searched for “cash and weapons” with sniffer dogs at the last checkpoint.

Only the driver is allowed to drive in at the entry point to the resort, with accredited passengers making their way on foot to meet inside.

Fears over the potential collapse of the ANC Limpopo provincial conference before take-off have been allayed with the province certain to convene for ...
Politics
1 month ago

Mathabatha said the extreme security protocol was not meant to inconvenience anyone but to maintain order and peace and safeguard provincial and local government officials who are ANC members.

“It’s unprecedented? I am not sure about that, but you know at times it’s better to be cautious,” he said.

“Imagine if anything, any little thing, happens to this conference. What’s going to happen to the provincial government?

“It’s always [better to] rather err on the side of caution. If it’s inconveniencing you, I sympathise with you.”

The conference is scheduled to discuss political, election, financial and organisational reports, including input from the national executive committee.

Later in the day, nominations from branches will be announced by the elections agency, with nominations from the floor open, after which voting for provincial officials will take place, with results expected in the early hours on Saturday.

The curious case of divine intervention when running for high office

It's shocking the number of politicians who themselves hear from the lord or followers on their behalf whenever they run for leadership positions or ...
Ideas
1 month ago