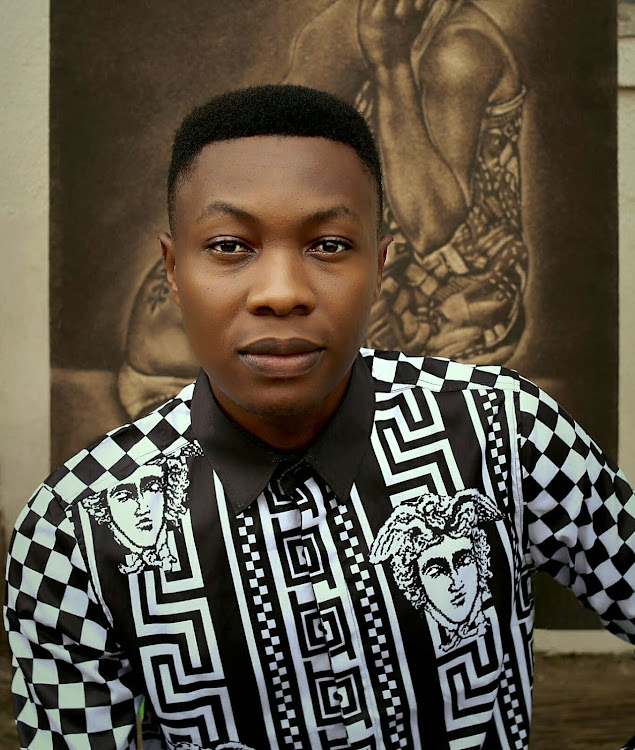 Nigerian artists have been making waves on social media with their hyperrealistic art. One of the most prominent personalities in this movement is Alex Idoko, who uses pyrography – decorating wood or other materials with burn marks – to bring his enthralling art to life.

Combining hyperrealism and pyrography, Idoko creates realistic art pieces by carving out portraits with a razor blade. The details are defined using a blowtorch to emphasise colour and depth.

Idoko was first introduced to hyperrealism in 2009 as he was mainly a sketch artist. While his art is motivated by the tolls life takes in his environment, he tries by all means to avoid explaining each piece to his viewers.

“Sometimes I don’t tell people what inspires a particular art piece. I just want them to connect with art from different angles. I want them to see how the artworks speak to them.”

When Idoko uses materials like razorblades on plywood to bring his artworks to life, he feels it keeps him connected to the different stories in his society. Using wood as a canvas not only borrows from his culture but also allows him to detail the realities he often faces in his environment – something for which many have praised him when seeing his art for the first time.

“I’ve seen a lot of people who tend to shout,” Idoko laughs, “which is completely inspiring. Through the internet, I’ve [also] seen a lot of positive reactions.”

Idoko has had the privilege of showing his works to audiences ranging as far as New York and London. While this has brought him plenty of attention, fame is not his main pursuit.

“I hope my art can be in museums and galleries around the world. So many people don’t know about pyrography yet. I want the opportunity for my art to reach the right audience.”

Themba Gwejela grew up in Peddie, an Eastern Cape town you might easily pass in the blink of an eye – but his culinary creations under the banner of ...
Features
3 years ago

Tiny Huggs is a children’s beauty range that offers bath salts, balms and body sprays aimed at toddlers and pre-teens. It has also launched a new ...
Features
3 years ago