Makgato steps into the international space with her ginger beer products

The fair has about 7 000 companies from over 109 countries presenting their products to retail and food service professionals. 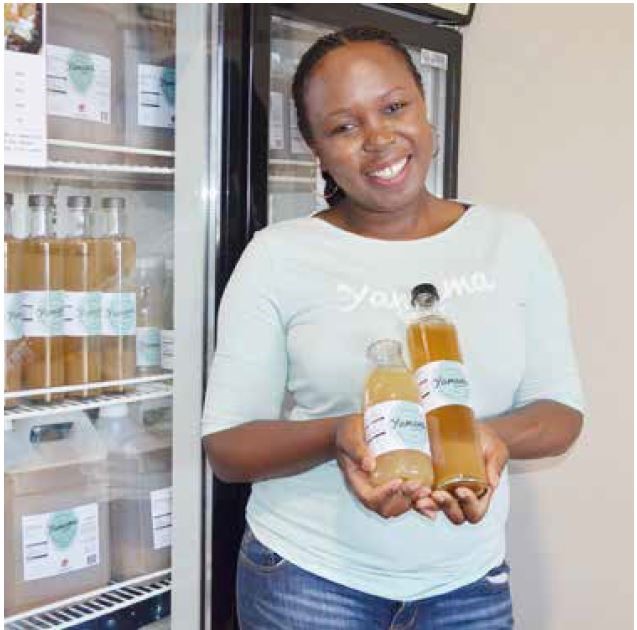 Yamama Gemmer is set to break into the European beverage sector after showcasing their goods at the Salon International de l’alimentation (SIAL).
Image: Supplied.

Mosibudi Makgato founder of Yamama Gemmer is among the 38 South African enterprises that showcased their products and services at the 27th edition of the SIAL.

The Department of Trade and Industry (dti) led a delegation of local agro-processing companies to the world’s largest food products exhibition to be held this year.

Back in 2010, Makgato and her sister Rosemary Padi were experimenting with a catering business, which resulted in the pair introducing ginger beer as part of their offering.

“We began noticing that ginger beer was flowing more than alcoholic beverages.”

“We also loved the idea because it had a nostalgic element to it and that was when we grasped that there was a gap in the market for ginger beer beverages,” said Makgato.

Makgato’s Yamama Gemmer is sold in both concentrated and in ready-to-drink form and is marketed as a healthy lifestyle drink.

The company participated in SIAL through the dti’s Export Marketing and Investment Assistance (EMIA) scheme. The objective of the scheme is to develop export markets for South African products and services, and to recruit new foreign direct investments into the country.

SIAL is the global showcase for the food industry with unrivalled geographic coverage of Europe and the rest of the world, which specialises in the food processing industry.

The trade show is dedicated to the agri-food industry, food retail, and institutional and commercial catering.

South African Marketing Officer responsible for Economic Affairs in France, Mustapha Adams, said the exhibition is a strategic gateway for local companies into the European market.

“If one is looking for any agro-processing products or services SIAL is the platform to find them and the advantage for South African companies on show is that they will be able to measure how their products fare both comparatively and competitively against those from other countries,” said Adams.

Here's how to create jobs through cleaning services

When Kholofelo Nengwenda (28) moved from Limpopo to start a job in Mpumalanga four years ago, she struggled to find a domestic worker this motivated ...
Features
3 years ago

This inspired Olivier (29) to start Indoni Beauty Range which manufactures body butter, sugar scrub and salt scrub. She also branched off to ...
Features
3 years ago

3 ways to make your innovative idea a success

Murendeni Mafomo was not always nuts about a career in science or being an entrepreneur. It still comes as a surprise to him that he now runs Kusini ...
Features
3 years ago