A week after Blizzard’s team-based, first-person shooter game Overwatch was released mid-2016, it was reported to already have seven million players. 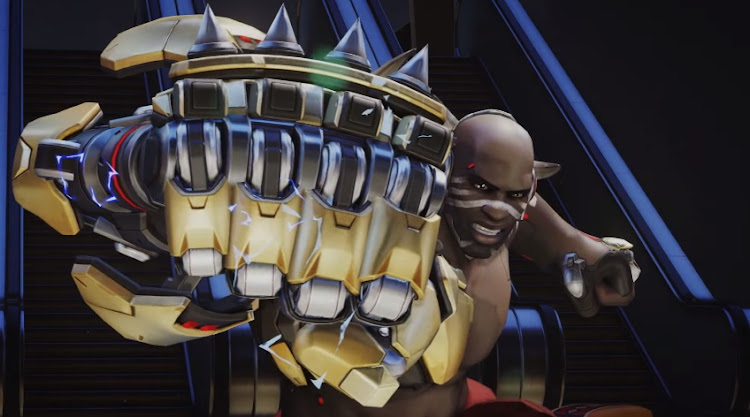 A week after Blizzard’s team-based, first-person shooter game Overwatch was released mid-2016, it was reported to already have had seven million players. As of October 2017, Overwatch had 35 million players worldwide.

Locally, South Africa has a much smaller but equally passionate Overwatch community who despite battling lag on overseas servers are determined to compete with the big boys.

The eSports Industry team interviewed the team behind the growth, Christopher England and Jared Lee, about their dedication to the game and the community, plus their goal of having South Africa qualify for the Overwatch World Cup 2018.

How did you join the SA Overwatch community?

When we started playing Overwatch we found ourselves wanting to play with local players, so we joined the Facebook Overwatch SA group and got as involved as possible.

We noticed that things were quite under-developed locally and wanted to get more players involved to grow the community. It is difficult to get players excited when the community is so small and we are playing at a ping disadvantage. We wanted to try and re-ignite that excitement that people had when they first played Overwatch.

Christopher England: I used to play a lot of Dota growing up and later moved onto World of Warcraft. I tried out Overwatch and loved the versatility of the game. It wasn’t your average first-person shooter (FPS) game. The game offers a variety of characters, allowing you to play different roles – tank, support, damage – which allows you to hone your skills on your preferred roles.

Jared Lee: It combines the intricate team composition and structure requirements of a classic Multiplayer Online Battle Arena (MOBA) such as League of Legends or Dota with the fast paced game play of a FPS.

What is the state of Overwatch in SA?

The community is a bit small and a lot of people are fighting about ping most of the time, however, it is growing at a reasonable pace. The Facebook group probably gets about 100 new members per month and with enough push we can grow it a lot more in SA.

I think it’s a good idea that no one is doing right now. Tournament and event organisers are focused on different aspects which is forcing the players and teams to arrange competitions themselves, which is not ideal.

ESI’s role will help drive tournament organisers to host more tournaments and the ranking system will ensure that our local teams become more involved. The content can showcase our industry and enable our players and teams to get sponsorship. This will allow the gamers to game and the managers to manage. Everyone gets something out of it and we all can focus on what we do best.

Blizzard’s team-based, first-person shooter game Overwatch is filled to the brim with 26 heroes bursting with personality and lengthy backstory.
Sport
4 years ago

Tell us about your Discord Overwatch server?

After Rage 2017, we decided to go full-steam ahead and host a Discord server. We critiqued players so that they could improve and also started with team formation where we would group six people who had the correct roles together. That grew quite quickly and we got around one hundred members within the first couple of weeks and formed four teams to practice. We further helped the teams get involved with competitions and assisted with their admin.

And the Pick-Up Games or PUGS?

Anyone who is interested in playing Overwatch locally can join one of our PUGS. We play friendly matches against whoever is willing to play. They are hosted seven days a week from 6pm to midnight. Recently we had 36 players playing simultaneously with teams swapping in between each match. It’s the best of three, so they generally take anywhere from 40 minutes to an hour and it has picked up massively. We are on 300 members at the moment and the guys are loving it. We encourage the higher ranks to play with the lower ranks so that everyone can upskill.

Anyone who is looking for a new player or a team will find what they are looking for on the PUG’s. People see how you play and it really gets your name out there.

How big a disadvantage is the ping/latency in South Africa when playing overseas competitions?

Realistically, anybody playing on lower than 180ms won’t have many issues with ping. I personally play on around 165 and it’s hardly noticeable. There are some players who sadly have around 220+ and for them there will be a noticeable difference.

What is your vision for this community?

Our main vision is growth. We want to try and have more competitions hosted more frequently in order to keep the interest alive with Overwatch. We also want more players to join the PUG’s and have more teams formed and participating in competitions. We have also spoken about hosting lower tier competitions for players below a particular rank – we looked at 2,500 Season Rank in Overwatch and below – in order to keep the teams with a lower skill rating involved and offer them something to work towards.

How many of the registered competitive SA teams in South Africa get involved?

Typically half of them are very involved. With the PUG’s the rule is that there are no teams, so even if half their team is in the lobby, we make sure we split it. It’s actually great because it gives you a perspective of how your team members play, which you can then give them feedback on later. It is really great practice.

What is the main goal for the Overwatch community this year?

To compete in the Overwatch World Cup 2018. To qualify you need to be in the top 32 teams in the world and in order for us to do that, our top 100 players must have an average higher than the 32nd spot. We tried to qualify last year but were unsuccessful as we started too late.

There is potential for us to be selected this year as a lot of our players have improved but I also think that our higher ranked players must assist the lower ranks to advance their game.

This article was written by Esports Industry SA and published with permission.

What we'd like to see happen in SA esports in 2018

Getting paid to play video games

Growing up, all we ever dreamed of was someone paying us to play games.
Sport
4 years ago

Life in an esport gaming house with Schlinks

It’s essentially every gamer’s wildest fantasy: Living in a house full of other esports enthusiasts, where everyone understands that online games ...
Sport
4 years ago