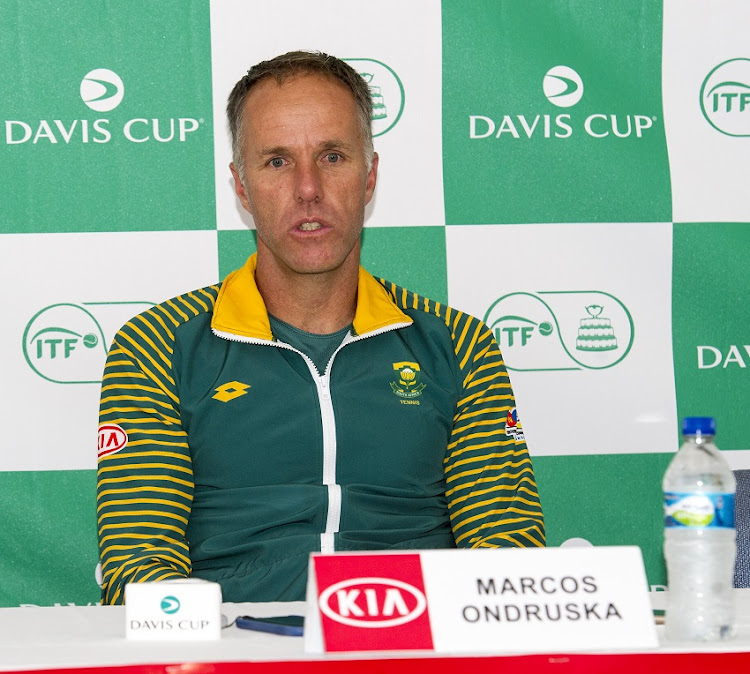 Blustery spring conditions and occasional rain showers could have an effect on the Davis Cup tie between South Africa and Bulgaria at Kelvin Grove in Newlands this weekend.

That’s the view of team captain Marcos Ondruska‚ who believes that if there is a strong wind it would be like adding a ‘wild card’ to the mix.

This is a crucial Euro/Africa Group II match with the winner advancing to the play-offs to move back into Group I and a step closer to the newly restructured Davis Cup World Group.

Top ranked SA player Lloyd Harris learnt his tennis on the Atlantic Seaboard side of Cape Town where the prevailing south-easter is a constant companion in the summer months.

But even if the conditions make it tricky the good news for SA is the Bulgaria’s No 1 payer Gregor Dimitrov‚ who made the semi-finals of the US Open last week and has been ranked as high as No 3 in the world‚ has made himself unavailable for his team.

“The setting is special and the court is virtually in the shadow of Table Mountain – it’s spectacular‚” Ondruska‚ who lives in Seattle‚ said.

“Cape Town of course is a phenomenal city and most of the guys in the squad come from the area to they are comfortable here.

“They have also spent a lot of time in the city over the past two weeks preparing for the tie because they live here‚ so we couldn’t have had better preparation.

“If the wind gets up‚ I wouldn’t say it would benefit Lloyd or not – it’s a bit of a wild card really. If the wind really gusts no one knows what will happen.

“Lloyd is a quality player and he’s a top 100 player for a reason – because he’s got game and skill. Wind can sometimes take some of his qualities out of the equation. It could be an equaliser.

“The prediction keeps changing so we will just have to see what the weather does on the day. But that’s what a good team with good preparation does. We can work through these things.”

Harris will be SA’s go-to man in the singles while Raven Klaasen will bring nearly 15 years of doubles experience to the court in a team that also includes Ruan Roelofse and Philip Henning.

Tennis South Africa (TSA) also announced a trio of next generation young players – Richard Thongoana and Bertus Kruger (both US College based players) and Joubert Klopper (the current SA under 18 Junior National singles champion) – who will join the squad as practice partners for the week.

Kuzmanov is the highest ranked player in the team at 324 while Andreev is only 18 years-old.

“I’ve done my homework and know their results and scores and so on‚ so we have a paper trail.” Ondruska said.

“But our plans are broadly in place knowing what we have to do‚ and we probably have more skills than they do. But the finer detail will be filled in as I watch them this week and see what they are able to do and where their weaknesses are.

“Obviously not having Dimitrov here is good for Team SA‚ but for tennis it would have been good to have a player of his stature in SA.

“To have a top 10 player here doesn’t happen often and there is a massive tennis loving public that would’ve enjoyed that.”