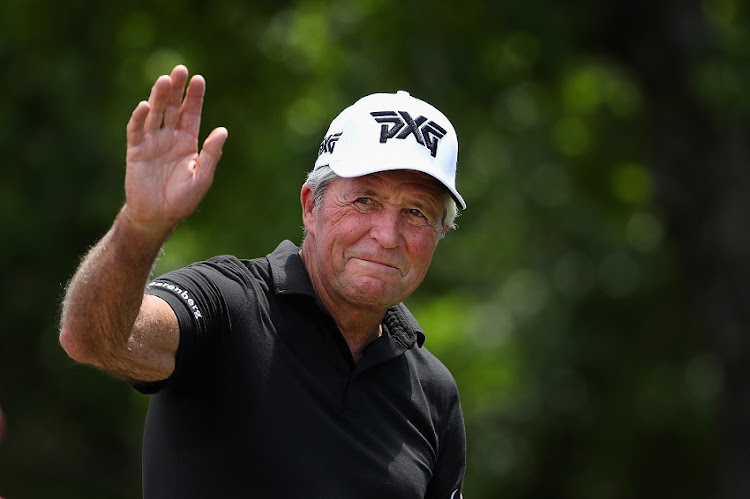 Golfing legend Gary Player waves as he is introduced during the '3M Greats of Golf' at the Insperity Invitational at The Woodlands Country Club on May 04, 2019 in The Woodlands, Texas.
Image: Christian Petersen/Getty Images

Golf legend Gary Player says former president Nelson Mandela must be turning in his grave as politicians with "hatred in their hearts" continue to erode his ideals with each passing day.

Player said certain politicians do not follow Mandela's example and "will die miserable".

“What a man (Mandela) was to have such love in his heart‚” Player said.

“We have certain politicians who have hatred in their hearts and they will die miserable.

"He was such a remarkable man and wanted to see things come right."

The highly respected 18-time major winner and philanthropist said Mandela "is up there and crying" as these politicians continue to plunge SA from one crisis to the next.

"I think he is up there and crying with what is happening in our country‚" he said.

“The things that we saw as young people were scary.

"When I said 'release Nelson Mandela' in 1961 I thought I might go to jail‚ but I believed in that.

"At some stage before he became president‚ he requested to meet me and what an honour it was.

“He sat down in his room with his shoes off.

"I said 'Mr Mandela you must hate white people and have tremendous amount revenge'.

"He said 'I love people and I believe in the spirit of Ubuntu. We have to get our people together and our make economy strong.”

Player hosted his 20th Gary Player Invitational at Sun City to raise money for charity at the weekend.