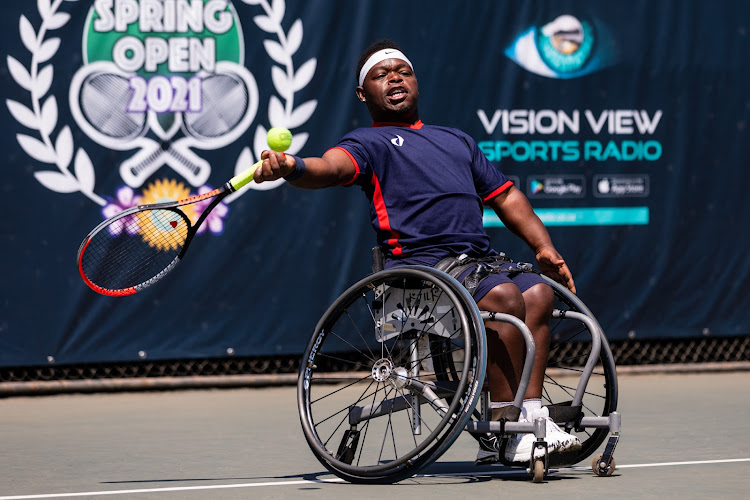 Tzaneen star Donald Ramphadi will get the chance to have world tennis sit up and take notice at this month’s Australian Open after he was awarded a wild-card entry at the year’s first Grand Slam event.

SA's leading wheelchair tennis quad player will debut at Melbourne Park later this month and could not hide his excitement ahead of the challenge.

“This wild card means a lot to me. I have been working very hard over the past 10 years of playing tennis and I always had hope that one day I would make it,” said the 28-year-old Ramphadi. “Now that I have been presented with this golden opportunity, it’s amazing and I feel ready to compete at Grand Slam level.”

Despite the curveballs that come with Covid-19, Ramphadi had a stellar 2021 and finished on a high.

He made the semifinals of International Tennis Federation (ITF) level two events in France and Italy, and won the SA Spring Open singles title at Ellis Park to finish the year 18th in the world.

“The past 12 months have been challenging due to Covid-19 as we couldn’t travel much and could only train.”

The top seven ranked quad players at the ranking cut-off, plus Ramphadi, make up the eight players who will vie for the singles and doubles titles at Melbourne Park from January 23 to 27.

“I will be competing with the top seven players in the world, so I know there won’t be easy matches. I feel mentally and physically ready to compete at that level. I have been competing with some of these top players at the BNP Paribas World Team Cup and I managed to beat some of them.

Ramphadi will be accompanied by leading women’s player and four-time Grand Slam finalist Kgothatso Montjane in the wheelchair events.

World number one Novak Djokovic will not travel to Sydney for the men's season-opening ATP Cup next week, Serbian daily Blic reported on Saturday.
Sport
3 weeks ago

Rafa Nadal said on Monday he had tested positive for Covid-19 after returning from his comeback appearance at the Mubadala World Tennis Championship ...
Sport
1 month ago

Sport provided a massive adrenaline rush in 2021 with incredible stories to savour in an intense and often overwhelming year.
Sport
1 month ago