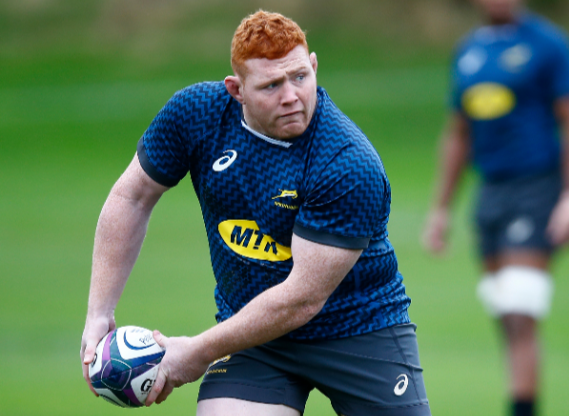 The Stormers may have regular captain Steven Kitshoff back from his short break but they will have to come to terms with the absence of reserve hooker Andre-Hugo Venter ahead of their United Rugby Championship (URC) clash against Cardiff on Sunday.

Kitshoff, who could take a break last week as part of the Springbok player management plan, will be back to take the reins against the Welshmen who came up short against the Lions at Ellis Park last weekend.

The Stormers did well in Kitshoff's absence by inflicting a nine-try rout on Zebre but the win came at a cost. Coach John Dobson confirmed Venter's misfortune.

“We still have to send Andre-Hugo for scans but unfortunately it doesn’t look good,” Dobson said.

“He came off with an ankle injury and we thought we could give him some game time seeing as we were so far ahead, but that didn’t work out, unfortunately, and it could be problematic for us if he is ruled out for some time. We are a bit thin at hooker.”

The Stormers may have to consider stand-in captain Deon Fourie, who has excelled at flank, in that position, while Chad Solomon is another option to partner Scarra Ntubeni in the match day group.

Fourie, of course, is no stranger to the front row having represented the Stormers with distinction at hooker. Whether the Stormers will want to tinker with their breakdown prowess remains to be seen.

Another front row absentee is likely to be prop Sazi Sandi who did not train on Tuesday. “He probably won’t be available for this weekend,” said forwards coach Rito Hlungwani.

The Stormers will be desperate to continue the momentum from the win over Zebre on Sunday. They have six consecutive home matches in which they can launch their assault on a place in the top eight. They will consider conference honours as first prize but they need to make up ground on the Sharks.

Rugby chief executives continue to be frustrated by the restrictions imposed on their operations through government's extension of the national state ...
Sport
5 months ago

Lions defence coach Jaque Fourie expects Munster to be an even tougher nut to crack on Saturday than they were for the Bulls at Loftus Versfeld last ...
Sport
5 months ago

Kruger happy Bulls are improving their line-outs, scrums and mauls

Bulls scrum consultant Werner Kruger says the departure of Springbok prop Trevor Nyakane was a blow but has created opportunities for younger players ...
Sport
5 months ago