Caster Semenya gets her first international assignment at 5,000m 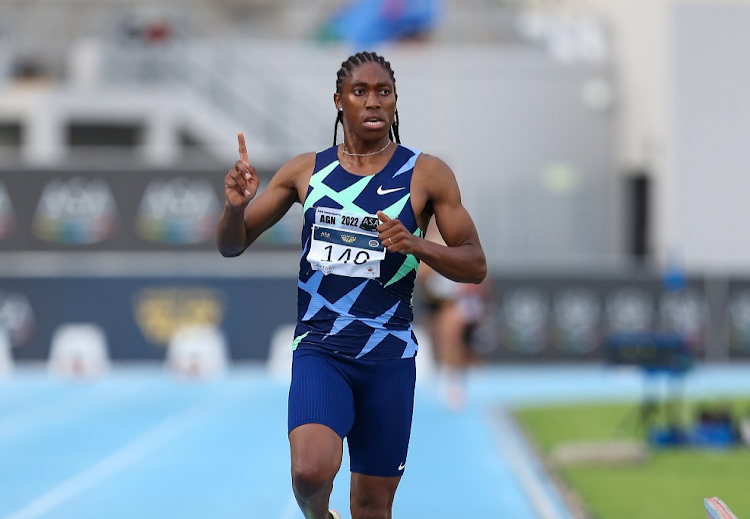 Caster Semenya has been included in the provisional team for the African championships in Mauritius in early June, but Wayde van Niekerk is the notable omission.

The 400m world record-holder, who withdrew from the SA championships in Cape Town last month because of a hamstring niggle, didn’t compete during the qualifying window from January 1 to April 23.

Semenya will compete alongside Dominique Scott and Kyla Jacobs in the 5,000m, where she is still trying to obtain the 5min 10.00sec qualifying time for the world championships in Eugene, Oregon, before the June 26 deadline.

Van Niekerk, who also needs to qualify for the world event, was expected to start racing in Europe in late May or early June, his agent Peet van Zyl said.

The continental showpiece, which is scheduled to run from June 8 to 12, will be the first time that Semenya will compete for SA over 5,000m. It is also her first international assignment since the 2018 Commonwealth Games after which World Athletics introduced its new gender eligibility rules.

Semenya, the former two-time Olympic and three-time world 800m champion, is refusing to take testosterone-lowering medication to compete in distances from 400m to 1,500m and has taken her fight to the European Court of Human Rights.

The SA team of 74 features a range of veterans and youngsters, made up of 38 women and 36 men. The only events in which there are no participants are the men’s 5,000m, women’s 3,000m steeplechase and women’s triple jump.

Athletes have until Friday to appeal their exclusion or to argue why they shouldn’t be in the team.

The final team must be submitted to the African body by the end of the week.

There were some enticing contests at the SA athletics championships in Cape Town from Thursday to Saturday, but the results are hardly going to cause ...
Sport
3 weeks ago

Poles apart, but SA athletes are fighting their battles

Teenaged sprinter Viwe Jingqi and veteran walker Wayne Snyman are at opposite ends of the athletics spectrum, but they’re fighting similar battles ...
Sport
4 weeks ago

Akani Simbine won SA 100m crown No 6 in Cape Town on Thursday, but it was his most emotional by far, breaking down in tears in a media interview soon ...
Sport
1 month ago

If anyone wanted to assess the state of local athletics, they only had to look at the competitors organisers rolled out in Cape Town on Wednesday ...
Sport
1 month ago