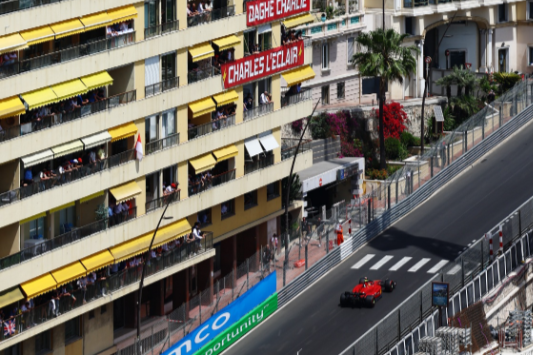 Carlos Sainz of Spain driving the Ferrari F1-75 on track during final practice ahead of the F1 Grand Prix of Monaco on Saturday.
Image: Mark Thompson/Getty Images

Formula One's top teams all risk penalties for breaking the budget cap this season due to inflation and spiralling costs and the sport needs to act, Red Bull boss Christian Horner said on Saturday.

Representatives of Red Bull, Ferrari and Mercedes told reporters at the Monaco Grand Prix that it was becoming impossible to stay within limits in what they said was a force majeure situation.

Breaches of less than 5% are regarded as minor under the financial regulations, with penalties yet to be determined.

“I think certainly all the major teams are going to breach that $140m cap this year,” said Horner, who warned last weekend that teams would need to miss up to four races to come in under the cost cap.

“Nobody could have even contemplated world events that are driving inflation. We don't even know what that inflation is going to be in the second half of the year.

“We're seeing utility bills going through the roof. Where is that going to go in the next six months? We do need the (governing) FIA to take early action on this.”

Smaller teams have argued that wealthier outfits should spend less on development rather than push for more money, pointing out that the cap was designed to help level the playing field.

Alfa Romeo boss Frederic Vasseur rejected the force majeure argument and said the best solution was for top teams to switch off their wind tunnels and stop bringing developments to every race.

Horner said it was not right for teams to be “held to ransom” by those on smaller budgets that maybe were not affected.

Ferrari boss Mattia Binotto said he was “pretty sure” his team would breach the cap.

“I don't think there is any way for us and for many teams to stay within, and even laying off people I don't think that's the right choice,” he added. Horner said redundancies cost money and there were “only so many levers you have in your armoury that you can pull” to reduce fixed costs such as freight and components.

“So it's not this huge stash of money you're only spending on wind tunnel parts or go-faster bits.

“We are carrying a lot fewer spares than we used to and every weekend we are in situation where serious incidents could see us being either unable to field a car or really cobbling together a car.”

Formula One would be making a wrong move if it dropped the Monaco Grand Prix, the sport's former commercial supremo Bernie Ecclestone said on Friday.
Motoring
2 months ago

Seven-time world champion Lewis Hamilton will be able to continue racing with piercings for the next three races after Formula One's governing body ...
Motoring
2 months ago

Reliability is key as F1 season takes another twist

Max Verstappen was 46 points behind Charles Leclerc after the first three races of the Formula One season and now, three races later, he is six ahead ...
Motoring
2 months ago